Home India A Republic of 1000 Drones: Beating the Retreat with Techno Glitz 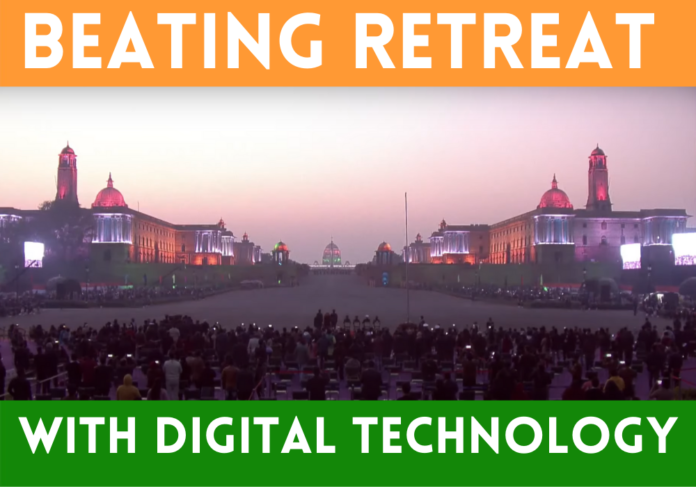 Republic Day celebrations have always been a great show of strength and spirit for the country as a whole, and a great source of pride, prowess, and passion for the citizenry. While the mega national event celebrations are a huge draw every year, an equally important event that closely follows it – on January 29 – is the ‘Beating the Retreat’- a grand military tradition that parades Colours and Standards by Massed Bands of defence services.

This year too, the ceremony is being planned to create unforgettable vibes, but with a huge difference- of technology. As many as 1000 drones are being programmed to fly in synchronization with grand laser show and projection mapping.

Conceptualized by the Defence Ministry and the Ministry of Science & Technology, the honours of the massive drone show is being taken by the IIT Delhi-based start-up Botlab Dynamics, while the laser show and projection mapping is being done by the company known for such events of repute- Modern Stage Services.

Even as those sequential variants of COVID-19 continue to bother the world nations, there has always been something exciting and energyzing the catabolism. While the pandemic has admittedly crippled the industry processes, and many a human endeavour, it hasn’t quite dampened the spirit of resilience.

The big military tradition event of Beating the Retreat that happens three days after the Republic Day – on January 29 – this time would be a technology blitzkrieg, and thereby an eye-grab, if not an opportunity for every professional in the audio-visual inustry.

It’s going to be an incredible combo of as many as 1000 drones flying in 3D space in synchronization with a grand spectacle of laser show and projection mapping.

While the centrestage for the grand drone show would be the regular venue of Vijay Chouk in the National Capital, the parapet walls of the North Block and South Block. (For those uninitiated the North Block houses the Ministry of Finance and the Home Ministry while the South Block houses the Prime Minister’s Office, Ministry of Defence and Ministry of External Affairs. The two blocks are located on the opposite sides of the great axis of Rajpath, covering nearly 27 acres housing government offices.)

The laser show is being programmed to showcase and highlight 75 years of Indian Independence.

Modern Stage Services Pvt Ltd – the Delhi-based multi-faceted event-innovations company – is roping a big ensemble of its trusted brands to liven up the prestigious event. Consider this: 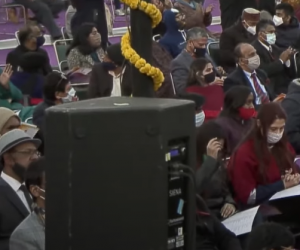 Further, as many as ten 75-metre large LED screens are being erected at 10 vantage points alongside the Rajpath.

The 1000 drones are being fully indigenously developed by the Delhi IIT-based start-up Botlab Dynamics. Chosen and closely monitored by Defence Ministry and Ministry of Science and Technology, the drone-show is also taken to be a demonstration of Make-in-India slogun.