Exploring Infotainment possibilities with LEDs has long become a significant aspect of professional sound and lighting integration activity in the expanding domain of AV. Perhaps, taking it to the next level is one recently done at Siddipet, a fast-emerging development hub– some 100 km north of the Telangana State capital Hyderabad.

Claimed to be the country’s largest ‘Night Garden,’ the sizably expansive 100m x 70m install is actually an extension to the sound and light show launched last year on the picturesque Komati Cheruvu in the town.

“This is right now, the largest ‘night garden’ in the country,” says Dip Patel, the lighting designer who worked under the guidance of Narendra Naidu, the chief of Rhino Engineers. According to him, the country’s first night/glow garden was done by the same firm at Kevadia around the Statue of Unity, and this one is the second, and much bigger.
“While the size is a factor of reckoning, it’s the scale that is significant here,” elaborates Dip Patel. “The variety of creations done in LED – arguably, for the first time in the country – speaks for itself. It’s wholesome infotainment.”

A measure of the scale is given by:
• Twenty-plus wild animals that include tigers, elephants, giraffes, deers, swans, rabbits, and peacocks
• Over 50 trees that include willow, maple, coconut, and cherry
• Over 1400 flowers that include roses and sunflowers
• A paddy field made up of as many as 1800 FRP plants
• As many as 80 units of dynamic RGB pathway lights
• Around 30-Paver Block-pathway
• Three 3D artificial fountains
• Sixteen glow seats
• Two gobo projections

According to Eeshwar Kambhampati, the Rhino Engineers’ Project Coordinator, it wasn’t a great challenge creating the night garden of the size, but for the time constraint, and coordinating with different teams involved.

“The support extended by the Government of Telangana was commendable,” recalls Eeshwar. “That level of support facilitated timely and successful execution of the project.”
While a sound and light show had already been done in the waters of the lake Komati Cheruvu last year, an additional area of over one acre had been allocated for developing this night garden.

While the theme and design consultancy for the ₹ 5.6-crore approx. the project was done by Rhino, the installation was executed by Aura Bright Light India Pvt Ltd.

It was inaugurated recently by State Finance Minister T Harish Rao. Evidently, it was an instant hit with the people, as the locals and visitors to the town thronged it in droves. 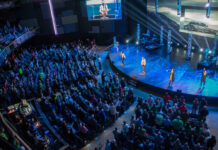 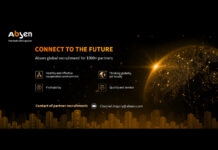 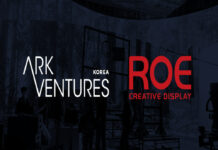