Chonburi Stadium was built in 2009 to host the 39th Thailand National Games, held in Chonburi in December 2010. The stadium is now home to Thai League 1 football team Chonburi FC, nicknamed the Sharks, who play domestic and international home fixtures in the ground, located around 50 miles east of the Thai capital Bangkok.

The replacement of the original audio system (the choice of equipment having been driven by budget considerations) was part of an ongoing upgrade of the 13-year-old stadium’s facilities that also included improved lighting, new seats and a re-turfed grass pitch.

Tasked with improving intelligibility for both speech and music, system integrator Asavasopon used Modeler and Auditioner software by Bose Professional (of which Asavasopon is the Thai distributor) to design a new sound system that would deliver clarity and volume across all Chonburi Stadium’s 8,600 seats.

“To the stadium owners, the sound quality in the stadium is crucial, both in terms of loudness and clarity,” says Phaisal Asavasopon, president of the Asavasopon Co. Ltd, explaining the brief given to the SI. “The quality of the communications providing information to spectators was considered particularly important.”

The chosen set-up pairs 40 units of Bose’s ArenaMatch loudspeakers with six high-performance Powersoft X4 DSP + Dante amplifiers. The SI also made use of Powersoft’s intuitive ArmoníaPlus control and monitoring software, which is fully integrated with the X Series, to fine-tune the newly installed system.

The system is completed by a Midas M32R Live console and four Electro-Voice ND86 wireless microphones. 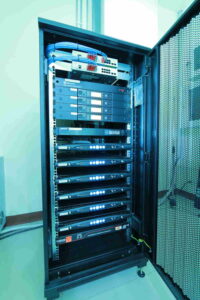 Designed for touring and installing applications, the Powersoft X Series – comprising the four-channel X4 and eight-channel X8 – combines superb audio quality with complete loudspeaker management, including a fully featured DSP, in a single, lightweight 1u unit. The X4 also integrates a worldwide-compatible three-phrase power supply and, in the DSP + Dante version installed at Chonburi Stadium, a 16-in/eight-out redundant Dante connection for maximum flexibility.

The refurbished Chonburi Stadium was handed over to the city by Asavasopon on 26 May. Local government representatives were “overwhelmingly enthusiastic”, reports Phaisal Asavasopon, with the new audio system “far exceeding expectations of the sound quality”, especially with regards to the money spent.

The company adds that Chonburi Stadium will now “become a unique showcase” for high-quality audio, “as it is very likely this is now the best sports stadium in Thailand for sound quality.” With Chonburi FC currently fifth in the Thai League 1, the club stands a good chance of qualifying for international competition, meaning the new sound system could also get a work-out in front of an overseas audience for the first time soon.

“We are delighted to have worked with our Thai partners on this once-in-a-generation project to create Thailand’s best-sounding stadium,” comments Powersoft’s APAC sales manager consultant, Arthur Soh. “It is great to hear the X Series doing what it does best: delivering powerful, reliable, high-quality sound that meets the demanding requirements of a world-leading venue.”