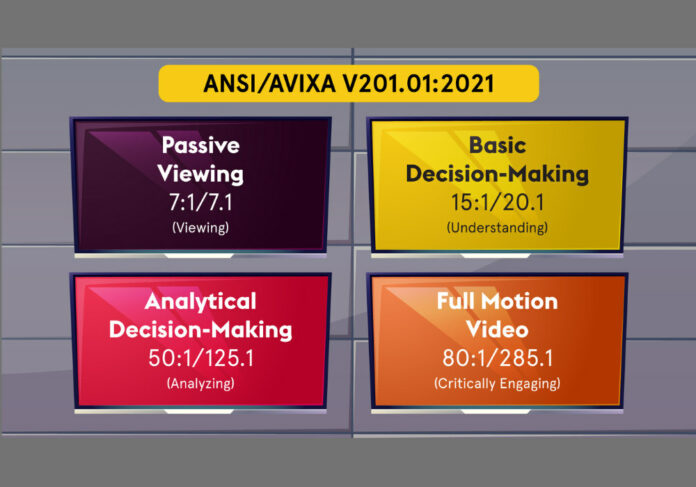 AVIXA, the Audiovisual and Integrated Experience Association, is pleased to announce the release of its standard Image System Contrast Ratio (ISCR). This standard defines acceptable minimum contrast ratios for AV presentation systems relative to their stated purpose or application.

“Presentation technology has fundamentally changed since the original PISCR (Projected Image System Contrast Ratio) standard was released,” said Jonathan Brawn, CTS, Principal, Brawn Consulting, and co-chair of this standard’s task group. “Previously, while direct-view displays were a strong part of the industry, projection-based display technology still influenced the majority of large format installations at that time. Today, direct-view technologies like very large format LCD, LCD videowalls, and increasingly, DVLED have not only maintained being mainstream but are now the dominant technology in most instances. This drove a true need to update the original PISCR standard to reflect current technology.”

This standard replaces the PISCR standard published in 2011, which applied to projection only. As direct-view displays became more prevalent, AVIXA assembled a task group to assess the technological characteristics of direct-view displays to determine whether the differences in technologies would affect how image system contrast was assessed.

The task group concluded that the measurement used in the original PISCR standard was equally appropriate for direct view displays. However, the addition of sequential (also called full on/off or inter-frame) testing was deemed necessary to accurately characterize the image system’s contrast for any technology. Sequential testing enables AV professionals to effectively measure high-performance display technologies that can create high contrast ratios in a wider range of environments.

The new ISCR standard is designed to facilitate informed decision-making for projector, screen, and direct view display selection relative to location and stated purpose. Additionally, the metrics (the contrast ratios) and classifications (the viewing categories) in this standard may be used to establish design criteria for new systems. Requirements of this standard apply to:

The standard’s four contrast ratios are based on the following content viewing requirements:

“This standard helps our industry to address our customers’ needs,” Justin Watts, CTS, Senior AV Design Engineer, and co-chair of this standard’s task group. “In new systems, we can deliver a superior experience by providing display solutions that meet or exceed the performance requirements for the core applications we represent. It’s also a powerful tool for existing systems, where we can evaluate their performance and provide sometimes needed justification for updates, upgrades, or changes to environment to maximize investments.” 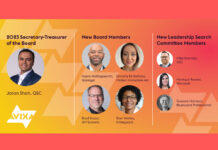 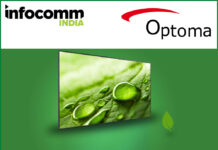 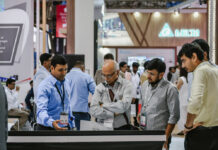