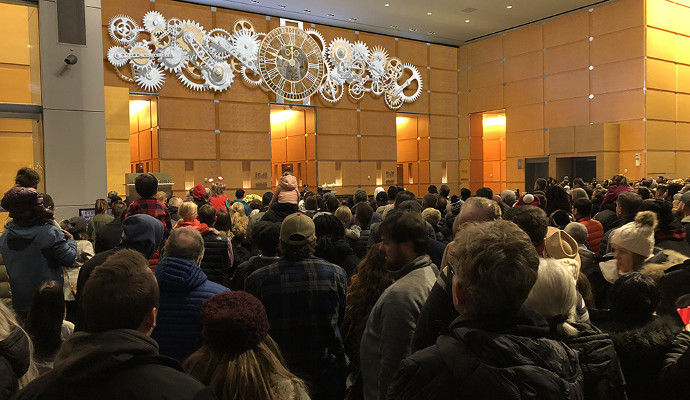 Since its debut in 2008 The Comcast Experience, one of the world’s largest continuous LED video displays, has become a Philadelphia phenomenon. Designed by David Niles and built by Niles Creative Group, the LED wall in the lobby of Comcast Center runs custom-tailored programming 18 hours a day to the delight of visitors and those working in the center.

The Comcast Holiday Spectacular, seasonal programming featured between Thanksgiving and New Year’s, has become a family tradition attracting millions of people since its annual run began.

Now, with a new technology upgrade, The Comcast Experience is dazzling viewers like never before.

“The Comcast Experience has become the go-to destination, the signature attraction in Philadelphia that everyone talks about,” said David Niles, who heads Niles Creative Group in Palm Beach, Florida.

“Part of the magic of the system is that we use AI to create families of content and parts of content so the imagery is ever changing. We rotate about 1,200 scenarios daily, so each day’s content is totally different from the day before. And we constantly introduce new content. The wall’s upgrade was prompted by the life cycle of the original display reaching its end.

So we decided to take advantage of technical advances to make the entire system better, more energy efficient and greener.”

The evolution of LED video displays enabled Niles to swap out the already impressive 10 million pixel LED wall for a custom 27 million pixel, 8K-plus display that he calls “a Rolls-Royce product: Unilumin did a fabulous job on it.”

The LED wall fills the space broken up by three entryways leading to the building’s elevator banks.

The lobby architecture hides a new custom audio system featuring DAS Audio speakers with 7 passive and 10 active channels. An automated digital processing system adjusts volume, equalization and delay dynamically based on the content and the number of people in the lobby.

Technology advances allowed Niles to condense his proprietary content delivery system, designed by Niles and built in his Jupiter, Florida studio, into six racks – down from 17 before.

To drive the new LED wall he looked for the latest equipment capable of supporting the unique display and its content.

While he approached several equipment manufacturers “only Analog Way was able to meet the challenge and supply equipment to our unusual specifications,” Niles said. He had previous experience using Analog Way video processors for The Comcast Experience installing two Ascender 48 systems in 2015 to drive the previous LED wall.

“To meet the demands of our AI content delivery system with full redundancy we needed Aquilon C+ to deal with all the built-in automation and Picturall media servers to handle the new wall’s 8K-plus content seamlessly,” Niles explained. “The Comcast Experience is a mission critical installation: It can’t fail and go black. We have three levels of redundancy built in to ensure continuous operation and play out of our 8K-plus content.”

“It feeds the new LED wall in four custom sections with bandwidth up to 4K60Hz. Aquilon also allows us to minimize the output requirements of the media servers, so we have three primary Picturall Pros for background and keyed overlays and one for emergency backup. Picturall is one of the few systems that can produce cut and fill keying feeds from the same server.”

Analog Way’s ease of use was also a factor in the choice of Aquilon C+. Most of the time The Comcast Experience is an art piece running quirky live-action content and stunning photographic images, but non-technical personnel on site also have access to the content delivery system touchscreen controls that allow them to show breaking news footage or special content for events staged in the lobby.

“Aquilon can accommodate the needs of the end user reliably and seamlessly,” Niles said.

“I like it that Analog Way media servers are Linux-based, which makes me happy,” he added. “I also appreciate the elegance of their electronic design. And I have been extraordinarily impressed with their equipment’s reliability and with Analog Way’s after-sales service. Top marks all around!” 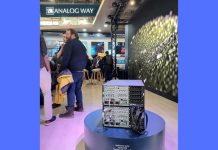 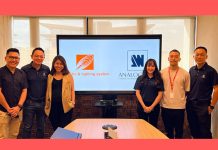