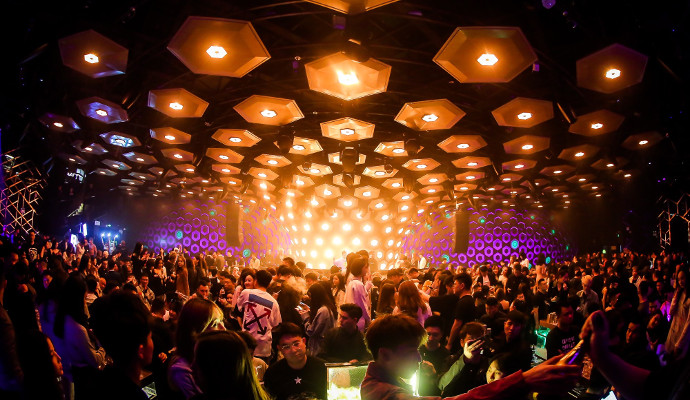 Shanghai, a metropolis with a population of more than 24 million people, now has a new masterpiece – Club Beehive. Two Eindhoven-based design companies were the geniuses behind its unique design: multidisciplinary design studio, 250K, created the Beehive concept and commissioned The Art of Light to come up with an equally stunning lighting design for this new club venue.

The partnership follows a very successful first collaboration for Club Myst in Suzhou, west of Shanghai. In keeping with the Beehive theme, Mees Bouman, 250K’s set designer, developed a concept based around a tornado of hexagon shapes arrayed in a honeycomb design.

An organic, tree-shaped centrepiece is sited behind the DJ booth which, in turn, is flanked by curved LED screens. 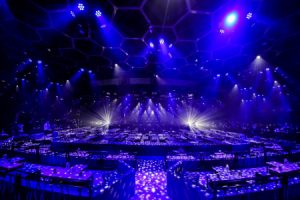 The honeycomb theme is repeated throughout the entire club interior as well as across the set design and décor. The honeycombs spread up and out above the dance floor, with moving, tilting chandeliers extending the depth and variety in the shape of the room.

As a company, The Art of Light designs, programs and performs next-level light shows for artists, festivals and corporate events all over the world, and its work for this club is no exception.

In between the distinctive hexagons, Marco, The Art of Light’s lighting designer, decided to place a large number of Ayrton Khamsin-S, Bora-S and Mistral-S LED fixtures to add richness and variety to an already iconic design. 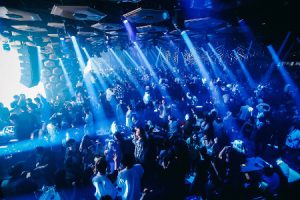 “We chose the Ayrton fixtures because they all have an impressive LED engine, great colours and a very complete gobo package,” he said. Marco interspersed a total of 61 Ayrton Mistral-S spot luminaires between the hexagons to use as an effects spot, taking advantage of Mistral’s full package of colours and features.

“We chose the Mistral because it is small and intense,” said Marco. “It has a very high output, is fast and has enough features to create variations and looks for a whole night.”Three Ayrton Bora-S wash fixtures were chosen as key lights for the DJ booth, lighting the headline acts from three positions.

“Bora’s high output was needed to overcome and enhance the rest of the lighting effects and combat the output from the LED screens,” confirmed Marco. 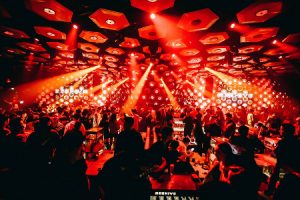 Finally, 23 Ayrton Khamsin-S profile spots were picked for décor and special effects lighting across the dance floor. “We used Khamsin as backlight from the floor and also placed some underneath the curved LED screen,” said Marco. “The high output, and wide/big zoom range of the fixtures gave us the capability of creating rich colours and beautiful gobo looks.”

Marco is an advocate of Ayrton fixtures in the nightclub market because of the comprehensive range of features each brings to his designs. “I really like the full range of Ayrton fixtures as they are all equipped with a good quality LED engine, which provide very neat, fresh, rich visual images and looks, and work specifically well for the look and feel within the dance scene.

“The whole range works both aesthetically and performance-wise. I like the consistency of the look and feel of the fixtures, which also keeps the rig looking really clean.”

Club Beehive opened in November 2019 and plays host to top DJs from around the world.

Images by © Beehive. Courtesy of The Art of Light 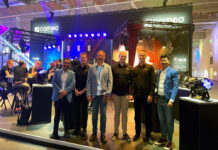 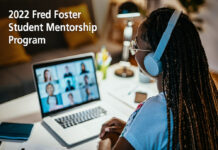 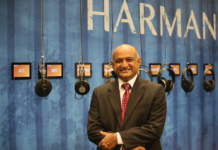