The second edition of AVIXA India Awards 2020 have been announced and done, virtually, on Friday evening, the final session of InfoComm India 2020 GoVIRTUAL. A total of six awards were conferred upon individuals who excelled in their roles, including one posthumously to late Ranjit Singh Asia’s prideful AV professional who passed away in May this year.

As the InfoComm India 2020 GoVIRTUAL – eight edition of InfoComm India, and first virtual ProAV tradeshow in in the country – drew towards its curtains down this evening (Friday, 20 November 2020), it has had its icing on the cake- the AVIXA India Awards Ceremony.

The second edition of the Awards programme – organized virtually, as part of the InfoComm India 2020 GoVIRTUAL – had a total of six Awards. The awardees this year comprised:

AVIXA India Awards recognize the outstanding work and personal contribution that AV professionals have made to the cause of ProAV industry (in India), by raising the bar of perfection and growth factor over the year of consideration.

AVIXA India Advisory Group – the one referral group of high-profile AV professionals from India acts as the Awards Committee for the prestigious honours.

“I wish I were there (on this extraordinary moment),” said David Labuskes, CEO of AVIXA. “It’s been a very challenging time with the kind of losses suffered by people around the world, and difficult to do businesses in the face of challenges people had to live with in workplaces,” he opined. “(But) that doesn’t mean we don’t take time to celebrate; we should look to the excellence put in by AV professionals. Perhaps, it is even more important to do it. It’s a time like this to focus on the lost, focus on the pain, and focus on the hardship. This is also an opportunity to celebrate the success that has been achieved by the industry around the world and particularly this evening in India.”

While congratulating all the winners, Dave was of particular praise for Sonali Singh who recently made news as the first woman from India to achieve CTS-D credential.

“This is just one more sign of the types of success achieved in the year by the industry, and it is such a deep sense of pride that AVIXA has been part of that,” he said. “We celebrate people, we celebrate experiences, we celebrate human race, and we celebrate excellence.”

While all the Awards carried their own aura of prideful achievement, the culmination of it all came as a fitting tribute to an illustrious AV professional- late Ranjit Singh, who was honoured with the Distinguished Achievement posthumously.

It may be recalled that Ranjit Singh, one of Asia’s first referrals to AV excellence, passed away in May this year, after crafting an illustrious career of over 35 years and leaving a lasting impression on the industry.

Thanking AVIXA for bestowing the Association’s highest honour on Ranjit Singh, Managing Director of PTS Consulting Tom Miu said “the impact Ranjit left on the industry is that it feels he is there every day. He was a friend, mentor and collaborator …he has so much to be proud of, and he achieved so much, and he is still very much missed by colleagues and family,” he said. “I think it’s a remarkable gesture by AVIXA…I’m sure it will be appreciated by all.” 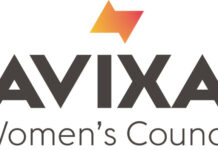