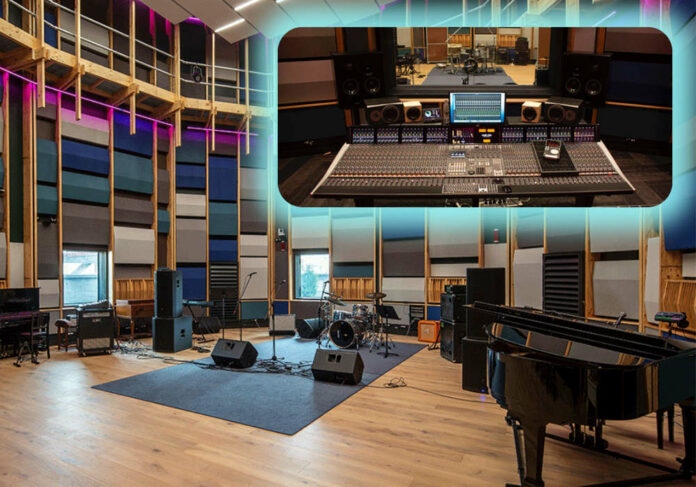 “The reputation of the Duality precedes it, both in terms of the package — the workflow and how it sits in the room — as well as how it sounds,” says Stephen Stedman, Studio Manager and music technician at the university’s new Te Korokoro o te Tui studios. “We had a really good look at what other educators are doing around the world, where they want a real-world professional studio console. Dualitys are highly regarded and are in some of the best facilities in the world, so what we are teaching to students is relevant and aligned to what they might encounter in the outside world.”

Fostering a real-world experience
There were a couple of other reasons to choose the Duality, he continues. “We definitely wanted an analog workflow and that sound. And we wanted something that would demonstrate to students how a large-format console works, how it’s laid out and why so many of the software applications that they use in-the-box are built the way they are built and why the plug-ins look the way they look. They can take that real-world experience and the in-the-box stuff starts to make more sense for them.” 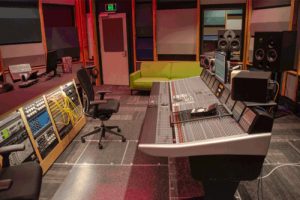 Additionally, Stedman says, the school wanted to increase engagement with the New Zealand music industry: “So we wanted a console that would be attractive to producers, musicians and publishers, and agencies like the Australasian Performing Right Association and the NZ Music Commission.”

A city with roots and influence
The University of Otago — New Zealand’s oldest, having been established in 1869 — is located in a city that captured the world’s attention in the late 1970s and early ‘80s with the influential “Dunedin sound,” which made its mark through bands initially championed by the Flying Nun Records label such as Toy Love, The Chills, The Verlaines and Straitjacket Fits. “The explosion of music in Dunedin was a contributing factor to us having a contemporary music program at Otago, which led to us having this studio because we needed somewhere to run that program,” Stedman says.

The university’s contemporary music program was housed until 2020 in an ageing former New Zealand Broadcasting Corporation radio studio complex, now demolished, on Albany Street in Dunedin. “We moved there in 2000 and we had an SSL C200 that we bought in 2010. That was our first foray into a serious large-format console. The C200 was a phenomenal piece of equipment. That experience with SSL informed the decision to buy the Duality,” he says.

“We’re around the other side and down the bottom of the world, so the tyranny of distance is always a problem for us,” Stedman continues, using the popular phrase coined by historian Geoffrey Blainey, who wrote about the impact of geographical isolation on Australia, and by extension, New Zealand. “We carry comprehensive spares and we’re trained to swap boards if we need to. But knowing that there are some people that you can send an email to and you’ll get a reply that evening, and the level of service that we had from SSL at Albany Street, was also part of the decision process for the Duality.”

That ‘lovely, big, fat sound
Stedman enjoyed his time with the C200 but, unsurprisingly for a man who collects vintage tape machines, is happy to now be working on an analog desk. “When we track on the Duality, we get that lovely, big, fat sound coming off it. You can wind in some harmonic distortion if you want to, but it also has a clarity, so it’s got the best of both worlds. It’s really musical — that’s the quality that I experience with it,” he reports. 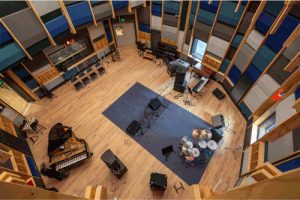 The new control room overlooks a 1,000-square-foot, two-story-high live space as well as two iso booths, one with an amp locker. Connector panels in the space feed 128 mic lines to the control room, 48 of them normalled into the Duality. The studio is well stocked with a variety of acoustic and electric instruments and amplifiers that have been collected over the years. A gantry around the upper level of the tracking room enables microphones, lighting, video screens and other equipment to be suspended.

“We’ve got a camera above the Duality so we can throw an image of the console up on the big screen for Lectures or Lab work. We’ve got cameras all through the building, so we can live stream. And we can route audio all over the building,” over a Dante network, Stedman also notes.

Various faculty and staff collaborated on the technical design of the new complex, which includes eight other purpose-built teaching, practice and rehearsal studios for music, dance and theater.

“My Colleague, Danny Buchanan, hails from Los Angeles. He has a tremendous background in studio operations. He had a senior technical role at A&M (Henson) Studios before he came to us and he brought significant expertise and experience to the build of this studio. Recently retired senior lecturer John Egenes, also a US émigré, provided guidance and attended countless meetings with the university’s leadership team. And Graeme Downes of The Verlaines was also until recently a member of our faculty here,” says Stedman, who has been the live sound mixer and a record producer for the band for many years. “Graeme was also a very big influence on the development of our contemporary music program and recording culture.”

Healthy mix of technology and philosophy
The music production part of program is a mix of technology and more philosophical thinking as Stedman explains: “We start by recording some people playing music. You learn all the technical stuff along the way, but the further you go into it the more sort of philosophical it becomes. It’s about the bigger questions. What is production? Why do records sound the way they sound? Deeper into the course, it becomes about the impact of music and where it’s going and what our response to that might be.”

The recording studio is kept busy with teaching and with student projects during semester but can accommodate some outside production projects at other times of the year, he reports. “We also have postgraduates doing their master’s and we have a Doctor of Musical Arts program, which you can do in music production, where you produce three or four albums in the process of building your doctorate.”

Beyond that, the university hosts various events to engage the community at the facility. “If we have the Australasian Performing Right Association people here doing a series of workshops, then the outside community can come and participate, and our student can be involved as well,” Stedman says. “It’s all about helping people make connections.” 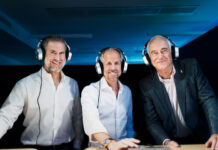