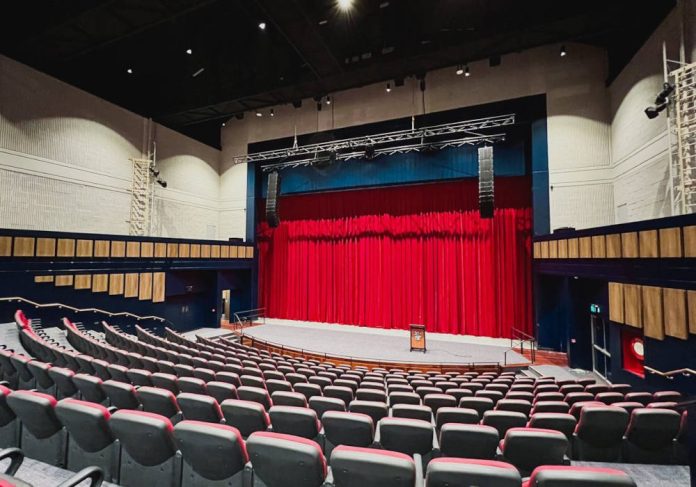 Sydney’s Shore School was established in 1889 and is a leading comprehensive school with Christian foundations. The school is recognized for providing a comprehensive education that focuses on developing the whole person. Located in an idyllic location overlooking Sydney’s North Shore, the school spreads over two campuses.

Shore School’s The Smith Auditorium is a professionally built 600-seat theatre at the North Sydney campus. With the theatre established since the mid-90s and several generations of PA technology behind it, the Auditorium’s FOH loudspeaker system was nearing end-of-life, and Shore turned to integrator Forefront Productions for a new PA solution to serve both the school and the community’s needs.

Cleverly taking advantage of a season of the school’s annual musical production, Forefront Productions of Warners Bay, New South Wales, supplied an Adamson CS7 line array system augmented by CS118 subwoofers, enabling the school to evaluate the PA during a demanding real-world application. The Adamson CS7 system ticked all the boxes for Shore School, and the system was permanently installed. 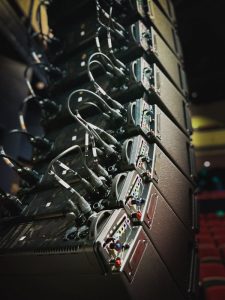 “We had the opportunity to trial the complete system in our theatre for a period of about a month,” relates Nicholas Wright of Shore’s Technology Services. “That included the rehearsal and performance periods of our senior school musical. It was so beneficial to hear the system being used as it is intended rather than just demoing with recorded music. Having our musical mixed by an external contractor also gave us another professional opinion when deciding if CS7 was the right product for us.”

The entire CS-Series, which includes multiple models of both point and line source speakers, are all equipped with AVB connections running on the Milan protocol, meaning that when the school wish to, they can connect their entire PA to a network backbone. Through ongoing firmware updates, Adamson CS-Series users are afforded what amounts to ‘free upgrades’ when new and improved system pre-sets are released and new functions such as array processing are implemented.

“Working in IT, I am fully onboard with the concept of continuous software and firmware updates and improvements,” observes Nicholas. “Though I haven’t seen anything like it in other loudspeaker systems – even other active systems – so the opportunity to invest in a system with that kind of future-proof technology and the opportunity for continuous improvement was a no-brainer.”

Acting as a combination of school lecture theatre, assembly venue and performance space, the main duties of the PA are to amplify the spoken word. However, regular musical performances, musicals, and external hires mean the FOH system is often required to do much more.

“Whether it’s through school events, assemblies or musicals, the PA fits our purpose perfectly,” states Nicholas. “The venue is also hired out for external events, including concerts and dance performances, demanding more low-end and higher SPL, but the CS7 main modules and CS118 subs handle it easily. The sound quality of the CS7 line array is incredible, especially when it comes to vocal clarity. For such a small system, it covers our 600-seat theatre perfectly with plenty of headroom.”

Surprisingly for an active system that carries power amps and processing onboard, the CS Series is extremely efficient in terms of physical dimensions and weight.

“One major consideration when having a system designed was the weight capacity of the structure and rigging equipment already in the venue,” explains Nicholas. “I was blown away at how lightweight the CS boxes are whilst still being so capable. It turns out our larger Adamson system with subs flown still weighed 100kg less than our previous line array without its subs.”

Forefront prides itself on its ongoing relationships and is on hand to support Shore whenever needed. “Forefront has been such a pleasure to deal with,” concludes Nicholas. “Nick and Matt have always been on call to answer any questions or concerns and have been in contact throughout the process to ensure we’re happy with the product and service.” 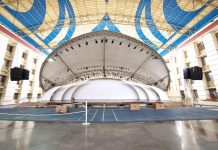 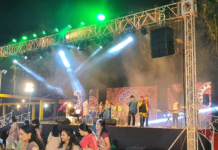 Avision Invests in Trust with Adamson’s S10 and S119s 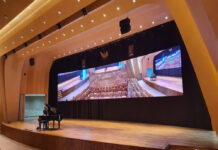