Formed at the start of this year, Aura Visual System is a relatively new company, but the people behind it bring vast experience in AVL to their venture. They also have a well-deserved reputation for their high-level of commitment to customer service.

Both were of front-and-center importance to ChamSys recently, when the company named Aura Visual System the exclusive distributor of its award-winning line of consoles in Thailand and Myanmar.

“We are very excited about this agreement,” said Aziz Adilkhodjaev, International Sales and Business Development manager for ChamSys. “Aura Visual System shares the same philosophy that has guided ChamSys since our founding. Like ChamSys, AVS is totally dedicated to customer education and after-the-sale service.”

Pankom (“Aof”) Klaykum, CEO of Aura Visual System is equally enthusiastic. “We are extremely excited to be working with ChamSys,” he said. “First of all, the company’s level of quality and support is second to none. Also, we feel that the MagicQ range of consoles is a great match for customers in our market, because it offers fantastic flexibility at an attractive price. It’s also great to see the QuickQ range of consoles with network control with such an easy-to-use system. That series makes it perfect for our hotel market.”

The new agreement went into effect at the beginning of April and will have Aura Visual System be responsible for the entire ChamSys line in Thailand and Myanmar. “We’re looking forward to accomplishing great things together,” said Aziz. “Everyone involved is focused on the same goal.” 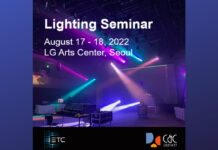 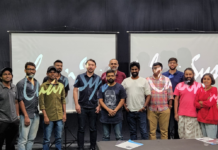