Republic Day Celebrations are conventionally taken to be a show of strength(s). Inside the show, there is a reassurance of competence, determination, gallantry, and spirit of dynamism to scale high. This year’s Republic Day Celebrations, in particular towards its grand finale of Beating Retreat, demonstrated exactly a combo package of all this in a dazzling display of 1000 drones- a first of its scale technology feat.

SI Asia takes pride – in the particular spirit of freedom as well as the opportunity it unfolds for the prospects of AV – to have captured and make it as the Video of the Month this time.

While most Indians have been familiar with the special thrust the Government of India putting on celebrating 75 Years of Independence – thanks to the Azadi ka Amrit Mahotsav initiative – many of even the ‘informed’ citizens were taken by a sort of excitement, if not amusement, last month when the media columns, as well as the corridors of North and South Blocks were ranted with the news that the Republic Day celebrations this year will culminate with a techno-glitz of 1000 drones.

It’s the third single-largest show of drones- after China and Russia, who took it to sky high with displays of 5500 and 2500 drones respectively. India also scored yet another unique feature by joining the elite league China, Russia, and the USA who had been demonstrating similar strengths on special occasions.

Given the concerns of security, and the setting, the “who’s who” of this ‘special fare’ was closely held till the last minute, but the event unfolded it all.

In a ‘mission possible’ kind of exercise, it’s joint initiative of the Defence Ministry, Department of Science & Technology, and Botlab Dynamics- an IIT Delhi start-up who had been specialising in drone technology- for the last six years.

Having been trying to upscale their competencies as well as promoting the cause of drone technology, Botlab had been creating videos of their expertise, and posting on social media.
“We made a drone display of a cone, in a pyramidal form in June 2021, and posted on social media; it went viral,” recalls Sarita Ahlawat, one of the three Founder-Directors of Botlab Dynamics. “Thanks to the social media dynamism in the country, it caught the attention of one of the Joint Secretaries of Defence Ministry,” she discloses. “He invited us to demonstrate our expertise, and if we could do something special for the ensuing Republic Day Beating Retreat programme.”

Team Botlab demonstrated their expertise for three hours, pooling in and flying as many as 1000 drones. That almost created a ‘deal for the show special’ but with lot of loose ends to be fixed- content, ideation, story-telling script, weaving all that into the technology, and all said the government protocols with security concerns on such a sensitive setting.

“We made the basic concept, which was to be perused, discussed at different levels of the government machinery; it went through nine rounds of discussions with the authorities who included high profile officials from Defence Ministry and Department of Science and Technology,” recalls Sarita. “It was admittedly like the Defence Ministry was taking a chance on us, for the simple reason that there was no precedent to such an act to derive dynamics from.”

According to her, the Defence Ministry officials scanned Botlab capabilities so thoroughly before reposing confidence in the start-up. That said, and deciding to go ahead, Botlab deputed as many as 40 professionals from their labs, and those personnel strived practically 24/7 – under constant monitoring and often suggestions, essentially, from the Defence Ministry – till the product-before-the show was ready.

While they were confident on the technology part, and their competence, the sensitivity of initiative made it all the more challenging:

• It was first of its kind in the country, so no prior examples to peruse and draw improvisations. Innovation and imagination was the only key
• A very very high-profile setting. Government of India at the highest level where the Prime Minister, President, and other VVIPs would be the audience
• High-security setting where every fractional thing had to undergo scrutiny contributing to anxiety levels
• A narrative form of content creation that should summarise what India had been all about from its antiquity to till date
• All that long narration to fit into just an eight-minute display
• All said, shortage of essential components owing to the effects of pandemic

“Innovation and customization was the only key,” says Sarita. “We had to custom-develop a majority of essentials because the supply-chain mechanism was severely disrupted owing to pandemic effects,” she explains. “Chips were near impossible to procure; lithium-ion batteries fell short by miles; it was very very hard to build circuits, and so on.”

However, having taken up the extremely risky job, and the spirit of the ‘make-in-India’ running high in veins, Botllab team swung into customizing the drone making as much as possible.

“We built our own flight controllers; motor controllers; changed the circuits, and GPS criticals,” explains the Botlab Director. “We could build the technology we were tasked with, in time, and with precision.”

They built but was faced with a very very potential challenge. The season, and the timing of the day. Generically, it is both hazy windy during the month of January in India, and it gets dark pretty early. The programme of Beating Retreat starts only in the evening so, low-illumination challenge is a given.

“We had increased the illumination of the drones to their maximum of 15 watts,” reveals Sarita. “Fortunately, it was just a 10-minute show, we were able to power the drones with full battery power to last the event duration.”

With the rigorous rounds of scrutiny of content, concept, technology, and competence, the initiative went ahead- to enthral the high-profile audiences, and flying both the connoisseurs and the commoners alike to a different domain of technology experience.

While it was a great experience for the audiences, what was it like for the show producers?

“It was exhilarating all through,” informs Team Botlab. “The best part was that working with the Defence personnel; security set-up, where practically every minute thing was under the scanner,” say the team.

Being very young entrepreneurs with little exposure to such settings, and making it big was practically big for them.

As the nation witnessed, it was truly fascinating to watch such 1000-strong swarm of drones flying and forming the vibes of the country.

Having achieved the ‘unprecedented,’ what does Botlab aim next?

Says Sarita: “China is obviously the leader having done with 5500 drones, followed by Russia doing it with 2500. We are not even half of Russia’s achievement. We want to reach there first and then aim still high- whatever possible.” 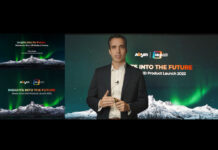 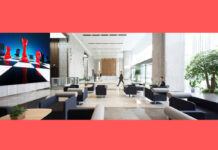 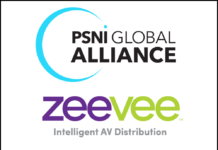