The Springs Church in Colorado Springs, CO recently underwent an audio upgrade with a Martin Audio WPS system spec’d and installed by Sight and Sound Technologies, the first installation of the new system in the United States.

Asked about the project, Sight and Sound COO Kris Johnson explains: “It was basically an upgrade of their PA. They had an ageing left-centre-right line array system that in some respects was overkill for what they needed plus they were starting to have some problems with the speakers. They had a plan to repurpose them in another room which worked out really well timewise for us because we were able to pull the old ones down, test them out and re-install a handful of them in another room.

“In terms of the main room or sanctuary, we had already installed the Martin Audio WPM system on multiple occasions and really liked it. Then we got to hear the new WPS system at a trade show and it was like the WPM with more beef because of the 8” drivers so we decided to look at those for the sanctuary. When we ran the projections, the system looked amazing so we moved forward with it.”

Springs is a modern church with a contemporary worship service featuring an electric band and several vocalists. The sanctuary is a 2,000-seat room which gets wider from the stage towards the back corners of the room. According to Kris, the widening shape of the space “made it a bit of a challenge in terms of getting the coverage we needed in the back. We wanted to be sure we had enough power, another reason why we chose WPS.”

The system consists of six WPS enclosures a side flown off an I-beam with six CDD8 for front fill mounted across the front lip of the stage, all powered by an iK81 amp with one-box resolution for optimum coverage, impact and the extra control. 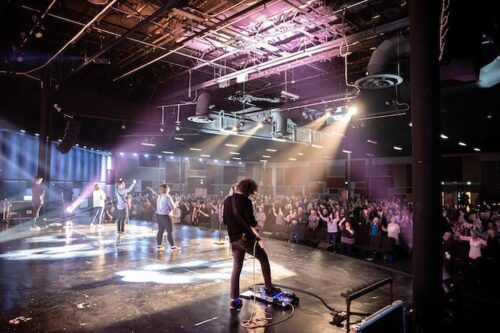 Describing the results of the new WPS system, Kris enthuses, “the coverage is amazing. There are two I-beams that run left and right from front to back in the room and they drop pretty low so we had to be under those beams otherwise we’d hit them with the top speakers. So we went ahead and mounted them under the beams. I like where the speakers ended up in the room and in a perfect world I’d have loved to put the system about two feet higher, but we accomplished our goal: great coverage front to back with very little dB difference.

“In terms of music reproduction, WPS sounds amazing. For weeks, I was getting text messages from their audio technician raving how good and clear the system sounded. That, plus the parishioners love how the services sound with the new system. They’re all smiles.

“Being able to hear what is said and sung in terms of the message is the key to any good worship service. We’ve heard systems that might do one or the other, but WPS absolutely does both speech and music incredibly well. Bottom line, the church is ecstatic, both the staff and the congregants, which is the most important thing.” 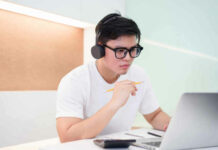 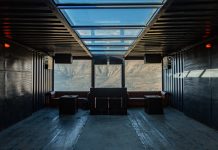 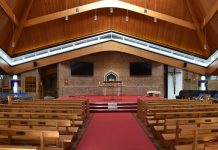