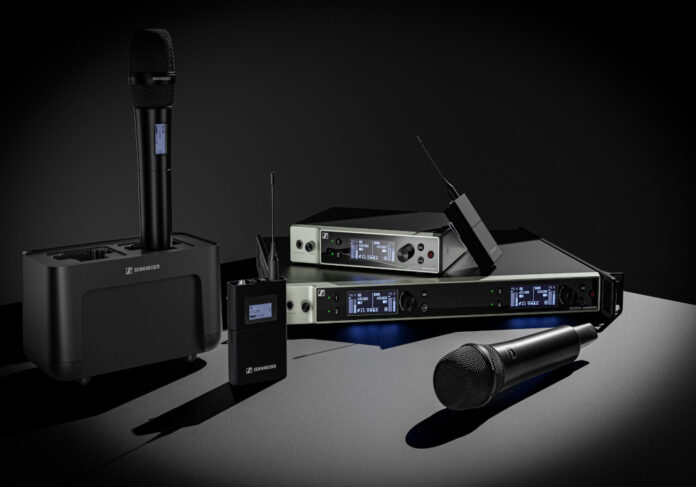 At the recently concluded InfoComm, audio specialist Sennheiser had unveiled its plans for expanding the Evolution Wireless Digital family of radio microphones. Named EW-DX, the new microphone systems will simplify professional workflows by utilizing refined technologies to deliver a digital UHF system that can be scaled with ease. The complete set of new EW-DX products will include handheld, bodypack and table stand transmitters, two two-channel receiver versions in a half 19” rack space (one with and one without Dante) as well as a four-channel Dante-enabled receiver in a full 19” format. The first flight of products and software will become available towards the end of 2022, with more items following in the first half of 2023.

“These include additional transmitter and receiver options such as Dante versions, automatic multi-channel RF set-up, scalable remote control and monitoring as well as AES-256 encryption for secure transmission of contents.”

As part of the Evolution Wireless Digital family, EW-DX takes the complexities out of wireless and has been carefully engineered to not generate any significant intermodulation products.

Therefore, a simple press of a button is all that is needed for the Auto Scan function to automatically assign frequencies using an equidistant tuning grid that allows more channels to be packed into a given frequency window. Transmitters are conveniently sync’ed via Bluetooth Low Energy.

Two-channel and four-channel receivers
Adding to the single-channel receiver in the family, EW-DX offers three receiver versions: a two-channel receiver in a half-rack size, one with and one without Dante; and a four-channel Dante receiver with full 19” rack size. The Dante versions offer various network modes to flexibly integrate into existing workflows. The receivers have a switching bandwidth of up to 88 MHz, which can translate – thanks to Sennheiser’s equidistant spacing – to up to 146 channels in standard mode and up to 293 in link density mode.

e-ink and programmable mute switch: The EW-DX transmitters
EW-DX offers a choice of two bodypacks, two handhelds and two table stand transmitters. Their output power of 10 mW ensures a range of up to 100 metres (328 ft). All units benefit from the same wide audio input dynamic range as the existing EW-D models, with the handhelds and bodypacks additionally featuring a trim control to adapt individual transmitters alternating on the same receiver channel, for example when multiple guitars are used.

The handheld and bodypack transmitters will be the first on the market to feature e-ink displays. Even when a transmitter is switched off, users will still be able to read all essential device data. Both transmitter types will be fitted with in-device charging contacts. Using the dedicated BA rechargeable battery pack, they will have an operating time of about 12 hours.

The bodypack will be available with either a 3-pin or a 3.5 mm (1/4”) jack microphone connector, enabling it to be used with all digital-proof Sennheiser clip-on and headset mics, Neumann miniature mics as well as instrument cables. The bodypack is fitted with a programmable mute switch and features cable emulation for guitarists and bassists.

The handheld transmitter will also be available in two versions, one without and one with an optional, programmable mute switch (RF mute, AF mute, no function). It will be fitted with Sennheiser’s standard capsule interface, ready for use with a total of 14 Sennheiser and Neumann microphone heads.

Software
EW-DX will be integrated into the Sennheiser Control Cockpit software, Wireless Systems Manager desktop software and Smart Assist App. There will also be plug-ins for leading third-party control software.

More information on these new members of the Evolution Wireless Digital family will be made available on launch. Please also visit www.sennheiser.com/ew-dx for updates. 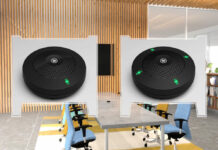 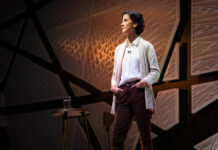