In what is seen as a new potentially strong growth opportunity for Indian Audio-Visual sector, the Ministry of Electronics and Information Technology (MeitY), Government of India has announced a collaborative initiative with Amazon Web Services (AWS) to establish a Quantum Computing Applications Lab in the country.

A Memorandum of Understanding (MoU) was signed recently between the MeitY and the AWS to this effect. President & CEO of National e-Governance Division (NeGD) at the MeitY Abhishek Singh, and President-Public Sector AISPL at AWS India and South Asia Rahul Sharma exchanged the MoUs on what is billed as first of its kind initiative in the world.

While the place, budget, costs and role for Government of India are not yet known, the initiative is taken as a very significant development in that it is:

Amazon will provide hosting with technical and programmatic support for the lab; and the Lab will provide quantum computing as a service to GoI ministries and departments, researchers, scientists, academia, and developers to enable advances in areas such as manufacturing, healthcare, agriculture, and aerospace engineering.

Essentially, the lab will identify quantum computing problem statements for experimentation from among Central and State governments, research institutions, and academia; it will work with subject matter experts from the government sector to define the problem statements, and make them public, inviting applications from researchers, academia, and organizations to address them.

It will then provide select applicants with access to quantum computing hardware, simulators, and programming tools, on-demand and at no cost, via Amazon Braket, that enables scientists and developers to build algorithms, conduct advanced simulations, and run experiments.

For those uninitiated enthusiasts, Amazon Braket is a fully managed quantum computing platform with development environment for users to explore and design quantum algorithms, test and troubleshoot them on simulated quantum computers, and run them on different quantum hardware technologies.

This is the world’s first quantum computing lab on AWS that is aligned to a government mission, Rahul Sharma was quoted as saying. 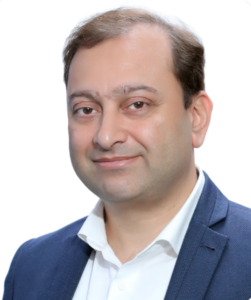 “We don’t have any such lab in AWS across the world. It’s on the cloud, it’s accessible to all,” he was quoted as saying. “The key mission that we are trying to address here is to build for the world, from India…we want to be able to work with multiple stakeholders, whether it is start-ups, research institutions or developers and put quantum computing in the hands of every developer and scientists.”

According to sources, a Steering Committee has been constituted between MeitY and AWS that will help put together a point of view and then in late February or early March, proposals would be formally called through the MeitY website.

“A core mission of MeitY is to identify and deploy technologies to promote innovation and discovery to help India advance, and achieve a more sustainable future. Quantum computing has the extraordinary potential to help countries leapfrog technology generations, achieve scientific leadership, and deliver answers to complex economic and social challenges,” Abhishek Singh was quoted as saying. “This initiative will augment India’s on-going efforts in developing Quantum Computing Applications.”

As an emerging field in technology, quantum computing has drawn huge interest from IT giants worldwide, with names like Google, IBM, and Microsoft and more. As it is, countries such as the US and China have been investing their might to gain foothold in the race to quantum supremacy. According to reports, China has invested over $10 billion in its National Laboratory for Quantum Information Sciences. 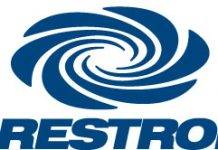