Indonesia consists of 17,508 islands with more than 251 million people, making Indonesia the fourth largest country in the world in terms of population. The IMF projects that Indonesia will see the top 3 fastest economic growths among G20 countries According to Indonesia’s Finance Minister, Mr Bambang Brodjonegoro, the government has a goal to spend 290 trillion rupiah ($22 billion) this year on infrastructure. However it had only spent 7 trillion rupiah as of April 27th. Nevertheless, it seems that the spending has been ramped up with more projects coming on board in the last two quarters of 2015.

The AV industry, however, is concerned that the full budget may not be able to be absorbed before the next budget seating, which will affect government related projects.

When we spoke to the industry there is no doubt that there is much potential in Indonesia. These potentials for now seem to be concentrated on Government projects, Corporate and Hospitality. Houses of Worship (HOW) seem to be constant and unlike the past, HoW projects are not limited to just churches as mosques are also upgrading their AV systems.

When it comes to Hospitality, Bali alone sees continuous development of hotels – not surprising considering that almost 3.5 million people visit the island yearly with the number expected to grow. One industry source highlighted that it feels that there is at least one new hotel coming up every month in Bali!

One immediate impact has been the Indonesia Rupiah’s fall against the US Dollars and other major currencies. The fluctuation in the currency is compounded with a policy that came into effect as of June this year, where all invoices must be reflected only in Rupiah. This means that AV companies must be very conscious of their invoices if their payment is in another currency but their billing is in the local currency.

A industry source mentioned that in a recent project he had to bear a difference of USD30,000 due to the fluctuation, as the project had been quoted and accepted much earlier before the regulation came into play. Another policy that is being touted as a possible stumbling block is the government’s renewed focus on imports. All imports must go through officially appointed Freight Forwarders or companies that have an import licence. This also means that AV equipment will be subjected to higher taxes.

Previously there was a “grey” area of how goods were brought into the country. From what SI Asia understands, the policy and related taxes are being discussed for implementation soon, though some aspects are already being implemented.

“This policy should be fine as long as everyone plays by the rule,” said William Gendri of PT Albeta.

Pratam Budiman of PT Kairos Multi-Jaya highlighted that the policy is not new but is expected to be reinforced more vigorously and those who play by the rule will not be affected much. Interestingly whilst I was in Jakarta for this report, I had visited the malls near Mangga Dua and noticed that many of the shops were closed.

When I enquired more on this, it was brought to my attention that these was the direct result of raids in relation to imports – where many shops had either evaded imports or were bringing in fake products. Another aspect that was mentioned was in relation to the regulation of frequency distribution specifically in relation to Wi-Fi solutions. Companies importing Wi-Fi enabled equipment need to get approval from the Directorate General of Posts and Telecommunications who will then issue a SNI (Indonesia National Standard) sticker confirming its approval for that particular product. Each product is treated independently and not as a group.

Pratam Budiman comments, “We install a fair bit of Shure solutions and the distributor, Goshen, has already put in place a system that ensures that approval for the wireless Shure systems are done effectively. This will be a bit of a bother for distribution companies that might not have the expertise or manpower to apply for the approvals.”

I must highlight that this is not a new regulation. However implementation has become more forcible recently.

Other challenges that the AV industry faces revolved around the inability to attract skilled manpower. There are no specialised courses for AV in the polytechnics or universities. There are however private schools that offer audio training such as School of Audio Engineering (SAE) and School of Sound Recording (SSR).

William comments, “There is a general lack of knowledge where AV is concerned and thus, the difficulty in hiring skilled manpower. Many in the industry learn on the job, which means there is a longer learning curve.”

As in almost all parts of South-East Asia, price-sensitive customers was the other area of concern where costs played an important role in projects rather than the overall solutions.

The other concern amongst industry players is the challenge to their rice bowl from vendors outside the AV Realm as well as from outside the country. This challenge is mainly from IT vendors who are dabbling in providing AV solutions as a bundled package with their IT solutions.

As for solution providers from outside the country this related to regional System Integrators. The challenge from IT vendors is a small percentage as of now. But it would be interesting to see how the Asean Economic Community (AEC) which is expected to come into full effect as of 2016, will impact the industry as policies allow companies across borders to bid for projects across South-East Asia in a supposedly even playing field.

Thomsen Phen of PT Garcia reiterates what was mentioned earlier with regards to government spending.

“The first half was tough as government budgets were only approved in April. However, we are seeing a pick up in this quarter and I hope that this will be maintained. I am fairly optimistic that 2016 should be a better year for the AV Industry.”

Rudi Hidayat of V2 Indonesia highlighted to us about the Smart City project that is being implemented within the 33 provinces in Indonesia.

“One key element is the set-up of control rooms for better management and quick reaction amongst the Ministries, President’s Office, the Governor’s offices and key departments within all the provinces. We are currently involved in completing the control room for the Land Transport Authority in Jakarta. There is a long way more to go for all the various departments to be inter-connected.”

According to Peter Agus of PT Smart Integrator, the hospitality and corporate segment offers great opportunity. “In the hospitality sector, it is not just Bali and Jakarta. There are opportunities across this vast country. In fact we are currently involved in a 5-star hotel project in Solo in central Java. There are also hotels that are looking into upgrading their systems.”

Concurring about the hospitality segment, William Gendiri highlights that they will be involved in what is considered one of the biggest AV jobs for the Westin hotel in Jakarta that is due to be completed within the second quarter of next year.

“Our latest projects are a mix of hotels, university auditoriums and a local bank HQ. We are also seeing some interest in control rooms. From that aspect we are seeing projects from a variety of segments.”

Government, Corporate and the Hospitality segments are expected to lead the growth for the AV sectors. Houses of Worship is expected to maintain its pace of projects as in the last couple of years. Government policies being implemented are expected to, at least in the short term, create some discomfort for the industry.

In the long run however, most of the industry see this as a positive step. Where solutions are concerned displays, projectors, control systems and sound reinforcement solutions are expected to lead the pack.

The current government is putting in much effort in trying to cut down on corruption, bring about a more transparent system for businesses and in fact are working hard to cut down red tape to get more foreign investment.

With a sizeable population that has a significant proportion being under 35 years of age, the future does look bright for Indonesia. 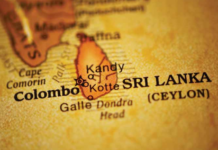