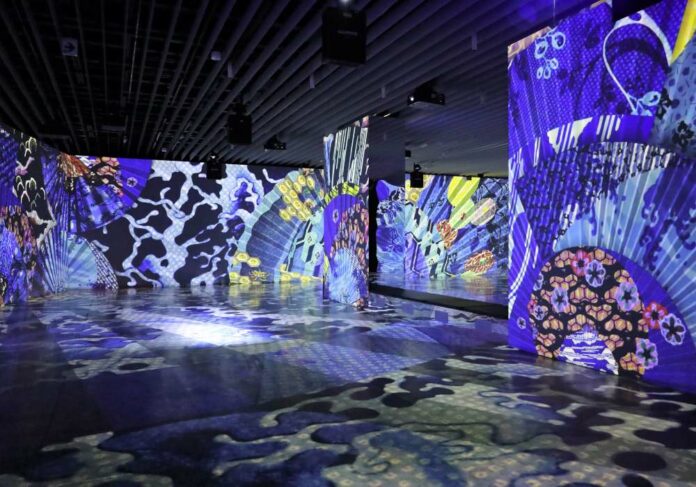 Danny Rose Studio, the collective behind the current Spirit of Japan art exhibition at the Kadokawa Culture Museum, has deployed more than 30 Digital Projection E-Vision Laser 10K projectors to illuminate the floors, ceilings and walls of this spectacular venue.

Untranslated, the title of the Spirit of Japan exhibition reads Ukiyo-e Theatre – the ‘ukiyo-e’ are small art pieces created in Japan from the 17th–19th century which depicted daily life as it was. These pieces gained much popularity when circulated among the Western world, forging an impressionist art movement. Colourful fans, glowing lanterns, cherry blossoms rocking in the wind: the nostalgia of the past has been given a new lease of life in the Spirit of Japan exhibition, which will be immersing visitors into Japan’s colourful history as it continues into next spring.

Danny Rose Studio previously produced an exhibition in France, entitled Dreamed Japan – Images of the Floating World, which attracted over 2 million visitors, and in light of its popularity the tour was reimagined for Spirit of Japan.

Employing advanced video projection technologies, Danny Rose Studio creates environments that are fully immersive and often surreal. Creators from a variety of fields, including digital artists, programmers and musicians, work to combine historic artwork – in this case from 19th-century Japan – with contemporary technologies and narratives to create an entirely new type of large-scale visual/spatial installation.

To achieve something of this magnitude for Spirit of Japan, the venue was divided into three major areas to receive 360 degrees edge blending projection across all the surfaces. Ground projection and cylinder projection mapping throughout also help create a fully immersive experience with 360-degree visuals.

Alongside Digital Projection laser technology, a VNS GeoBox video wall controller was chosen to control the edge-blending output from multiple projectors, coupled with a BrightSign media player to deliver the video content. 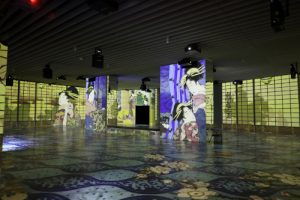 Aaron Hsu at Digital Projection Japan says having so many projectors in one room creates a unique set of challenges: “Because of the exhibition hall’s ceiling height limitation, the ground projection required more projectors to successfully display the entire image – we needed a creative solution to achieve this. Whereas traditionally you would point projectors downwards to the floor, we actually pointed them up but used the UST periscope lens, thus giving us the extra height and coverage.” Using too many projectors on the floor would have caused light scatter and have an adverse effect on the image quality on the walls, so this solution of using UST lenses achieved optimal performance for all canvases.

The compact, E-Vision laser was an obvious choice, as it’s able to compete with high levels of ambient light, delivering 10,500 lumens from a solid-state laser light source.

For an exhibition of this scale, it was important to choose technology that was flexible and reliable. Digital Projection’s E-Vision Laser 10K projectors provide a stable and predictable light source for up to 20,000 hours and offer built in edge-blending capabilities, ensuring a seamless image is created from multiple projectors.

Mark Wadsworth at Digital Projection is thrilled that the company’s products were chosen in a project of this importance: “For an exhibition of this scale and complexity, it’s imperative that technology suits the end goal,” he says. “This art exhibition requires 360-degree visuals, which involves a huge amount of edge blending without compromising on the quality of the image. The exhibition looks incredible, we are really proud to be a part of such a visually impressive project – it just goes to show what the E-Vision lasers are capable of.” 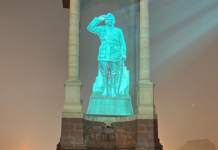 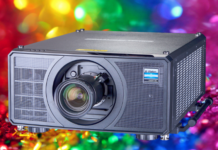 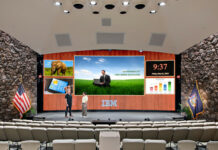 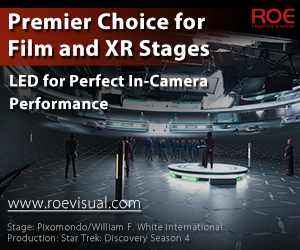