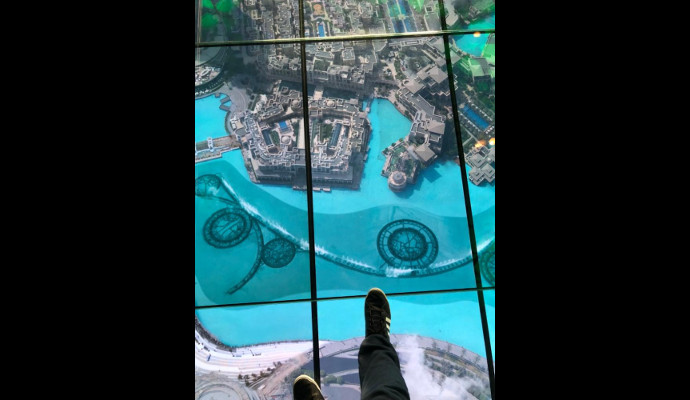 BrightSign, LLC, and Dubai-based system integrator DigiComm, have completed a sensational new attraction on the 125th floor of Dubai’s iconic Burj Khalifa. At 160 stories and over 828m tall, the skyscraper has been wowing visitors for almost ten years.

A trip to the top is not for the faint-hearted.

As well as breathtaking views from the world’s highest outdoor observation deck and a high-speed cruise in the furthest-travelling elevator on the planet, thrill seekers can experience scaling the outside of the structure and parachuting off the top thanks to an immersive virtual reality simulation.

It was in this context that the tower’s owners Emaar Properties looked to create a sensational new attraction on the 125th floor of the building known as ‘At the Top’, which receives around 10,000 visitors a day.

Together with digital media partner LG, they developed the concept of an interactive, realistic simulation of a glass floor above the city that appears to crack when stepped on.

“They wanted something really spectacular and very entertaining,” explained Abdul Bakhrani, CEO of DigiComm, which created the content, media and special effects for the attraction as well as for other installations within the building including the VR experience.

With seven world records to its name, not least world’s tallest building, Burj Khalifa is all about superlatives.

Eighteen LG 55-inch OLED 8k resolution screens made of extremely durable toughened glass make up the floor, powered by two BrightSign XT1144 expanded I/O players. The screens display a highly realistic visual animation of the city 456m below, which changes according to the time of day and season, scheduled and controlled by the BrightSign players. 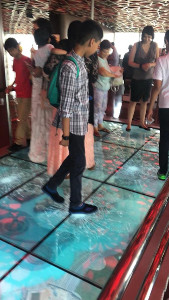 When a visitor trips a sensor, a virtual crack starts forming on the skywalk floor and escalates; as they keep walking, the glass is cracking beneath them. The high-resolution CGI graphics combined with synchronized audio results in a thrilling sensation of glass cracking beneath the visitor’s feet, 125 floors above ground.

According to Bakhrani, using OLED screens in this way was something new, and deploying motion sensors with so many thousands of people was also a challenge. “It took quite a bit of trial and error to get the configuration just right. We ourselves didn’t know how it would work with such large visitor numbers. We were testing the waters, gathering feedback and constantly improving. It took about two weeks of fine-tuning once it was live to perfect it.”

BrightSign players were selected because they are highly robust, technically viable and cost-effective. “The requirement was for players that could be deployed and then left to run 24-hours a day with minimal management,” explained Bakhrani.

It is not anticipated that the media content will change for some time as the exhibit is highly popular and effective and most visitors are tourists who come only once to Burj Khalifa.

“The glass floor has really added a new dimension to the At the Top experience for the visitors,” added Bakhrani. “There are a number of high-tech attractions that together make a visit to Burj Khalifa truly unforgettable. This is a world-class venue, so it’s essential that everything that’s done adds to the exhilaration of being there, and it’s certainly been achieved with the glass floor.”

Installation of the project took around two months, working between 1am and dawn, when the building is closed to visitors. The screens are regularly cleaned throughout the day. 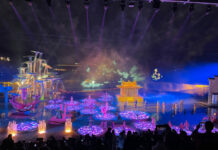 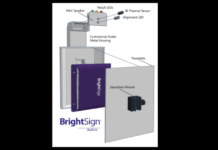 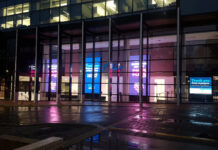