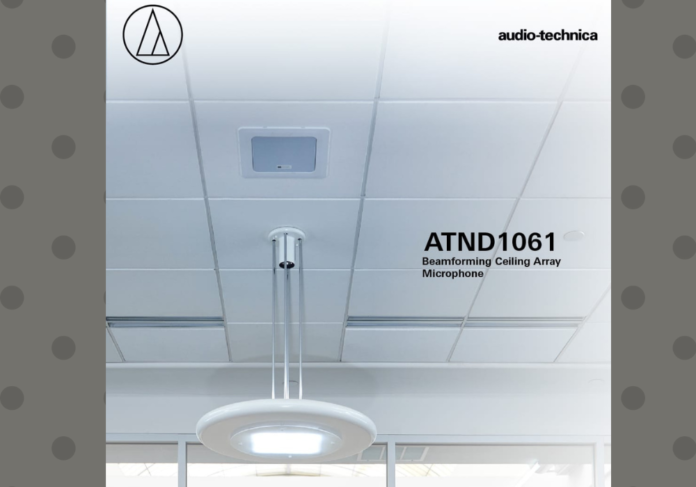 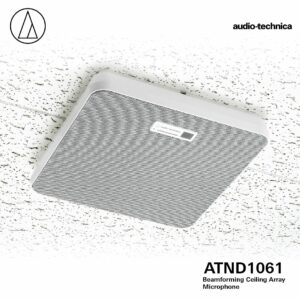 Leading innovator in transducer technology Audio-Technica recently launched their new the Beamforming Ceiling Array Microphone – ATND1061 – said to be an ideal solution for quality audio in conference rooms, boardrooms and meeting spaces of all sizes.

The microphone may be used as a single unit or in multiples (for larger spaces) to capture clear natural audio of every speaking person in the room while reducing the distracting environmental sounds.

This entry of the Tokyo-headquartered Japanese audio major into the meeting/conferencing spaces with ceiling array microphone is taken to further intensify the already heavily-competed domain in the country.

The ATND1061DAN, a state-of-the-art professional product roughly the size of a wireless access point, is easy to install, set up, and operate.  The ATND1061DAN works with the AT Digital Microphone Manager App that makes room configuration, zone setup and other settings a child’s play.

The ATND1061 supports six individual output channels, which can collectively be configured with up to 32 user-defined microphone pickup zones, providing the flexibility to cover a wide variety of room sizes and meeting types. Across all the output channels, the microphone’s 90-degree orthogonal beams can focus on a particular space point, preventing unwanted noise pickup. 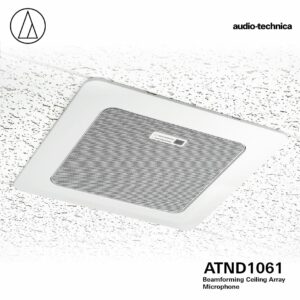 One can set exclusion zones to avoid known sources of unwanted noise, helping to maximize the effectiveness of the built-in noise-reduction and automatic-mixing functions. User-defined “Coverage Zones” and “Priority Zones” allow custom room coverage and optimized signal flow across the room.

Configure output Channel 1 with 16 user-defined Coverage Zones. The beam will track and keep the microphone focused on the speaker’s voice, minimizing room noise. Only one of the 16 Coverage Zones can be open at a time with the microphone automatically selecting the zone with the strongest signal identified as speech. Configuration of output Channels 2–6 can be done with 16 user-defined Priority Zones, which receive priority over Coverage Zones. A maximum of five Priority Zones can be open at a time.

The included IR remote allows users to quickly mute the microphone when a muting function is unavailable in the room configuration. The IR Remote allows the user to recall presets or toggle the Power Save Mode on and off.

The ATND1061 can be flush- or surface-mounted in a drop ceiling or hard ceiling or mounted in open architecture spaces via a standard VESA mount. The unit’s low-reflective white finish matches ceiling tiles in most environments.

The ATND1061 is UL 2043 compliant for installation in plenum spaces. The microphone comes with safety wiring, mounting hardware and accessories. 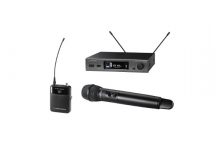 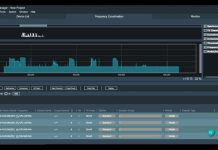