At the first sound of its name, it spells magic! At the first strike of its sight, it springs a magic wand of a sort; at the first step into its space, it weaves around a wonderment of a different kind; and at the first shot at its appeal, it takes one to unravel a Secret Story!

Amusing? Perhaps it is. SI Asia, this month presents a snappy account of a Secret Story! Of a newly-opened restaurant in Bangalore with a symbolism of themes, terms, and tones- to befit the name.

Imagination often takes wings. It often demands indulgence. A newly-opened restaurant at Indiranagar, in Bengaluru, is has redefined the scope of this blend. Imagine brushing through an Amazonian tropical rainforest; seeking a rendezvous with Bohemian environs; rubbing shoulders with Victorian sculptures; and looking up to a la-Vegas kind artificial sky making the top of what is claimed to be the tallest bar in the country!

Syncing into a soothing sound, while enjoying a drink or byte even as the opulence and design tenets offer to unravel the appeal of the ambience- called Secret Story!

Newest, and fanciest draw in the Garden City the two-story restobar with a rich colourplay of themes and tenets is as good for its syncing sound reinforcement.

Talk to Narendra Nair, the chief of AV Wizards, Bengaluru – who designed the audio system for the characteristic place – and he unravels the secret of the restobar’s sound reinforcement.

“The setting was as challenging, as it was fascinating,” Nair recalls. “The very design of the space made it all- essentially a tropical matrix, but with Victorian finishes and Bohemian features- a very distinct blend of architectural tenets,” he elaborates. “Installing an audio system that befit the setting is no mean a task- from both architectural and acoustical fronts.” According to him, the double-height ceiling of the structure resulted in a lot of echo and eliminating that was a quite a task. For, the sheer focus on design dexterity dented the acoustic pleasance. That it was fully done by the time they stepped in, there was not much for them to work on the interior acoustics.

Having gotten the job by a referral, the AV integrator took up the challenge of living up to the expectation- deploy a sound system that does not disturb the interiors, yet creates a delectable sound environment.

“We worked in close association with the architect, and the promoters at every stage, so that nothing went against the specifications of their brief,” informed the AV Wizard chief. “We evolved a design that fit the space, and the specs of the brief.”

They, therefore, chose to do a very low-profile audio with high SPL, Nair revealed. A trust Harman JBL partner, he chose to sync the sound and space with his principal audio brands- JBL speakers and subs, Crown amps, and BSS Blu 50 DSPs- of course in combination with a Yamaha mixer and Shure microphones 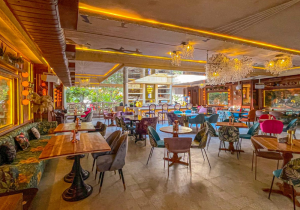 “We roped in BSS Blu50 (half-track width processor) to address the essential of audio processing,” he detailed. The other audio specs included:

They entire team was double vaccinated, and they carried their Covid-negative report with them to the site, and worked in batches with all the protective health gear, in strict compliance with the guidelines.

“With all those issues, we were able to complete the installation in about a week’s time,” he said. “It came up in perfect sync with the client’s expectation.”

An AV Wizard’s play, that it was. 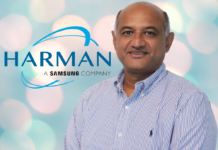 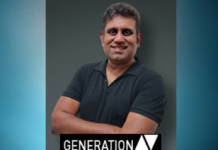