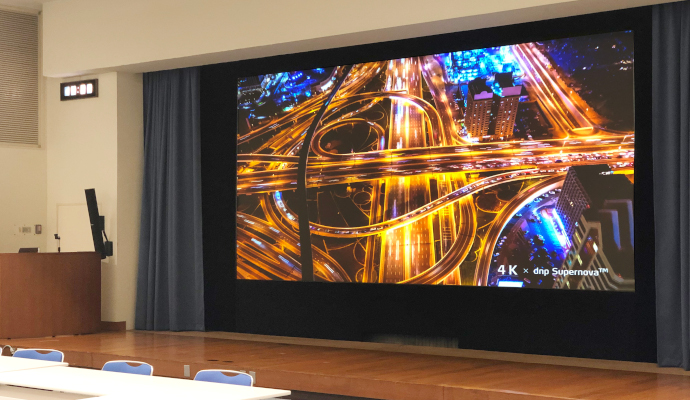 A big and bright dnp Supernova screen is the centrepiece when Japan Aerospace Exploration Agency (JAXA) holds conferences on Aerospace exploration programs in one of their sites in Tokyo.

The Japan Aerospace Exploration Agency (JAXA) is a result of a merge of three institutions, the Institute of Space and Astronautical Science (ISAS), the National Aerospace Laboratory of Japan (NAL) and the National Space Development Agency of Japan (NASDA). It’s a core performance agency that supports the Japanese government’s overall aerospace development and utilization.

When the agency decided it was time to modernize their presentation facilities, they asked the AV experts from KIC Corporation for advice. JAXA wanted a display solution that was brighter and less sensitive to ambient light than their current solution. KIC Corporation has made a name for themselves designing bright room displays with dnp Supernova screens. To showcase the benefits of dnp’s Ambient Light Rejecting (ALR) screen technology, KIC made a live screen demo in JAXA’s own environment. After a shootout involving various brands, the Aerospace agency opted for dnp’s Supernova XL Screen, which is impressive in its large size measuring 220” diagonal.

JAXA’s new Supernova display plays a central role in communicating the agency’s philosophy of utilizing space and the sky to achieve a safe and affluent society. It is placed in an auditorium which is used for meetings, presentations, lectures, academic conferences, ceremonies, and open house activities.
Presenting with no stress

Researchers and engineers at JAXA are very satisfied with the quality of the display that allows them to present high-quality content without the stress and hassle of controlling ambient light. 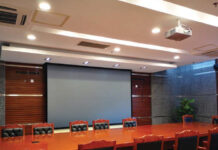 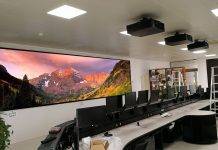 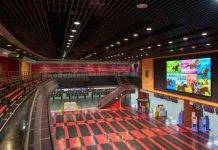