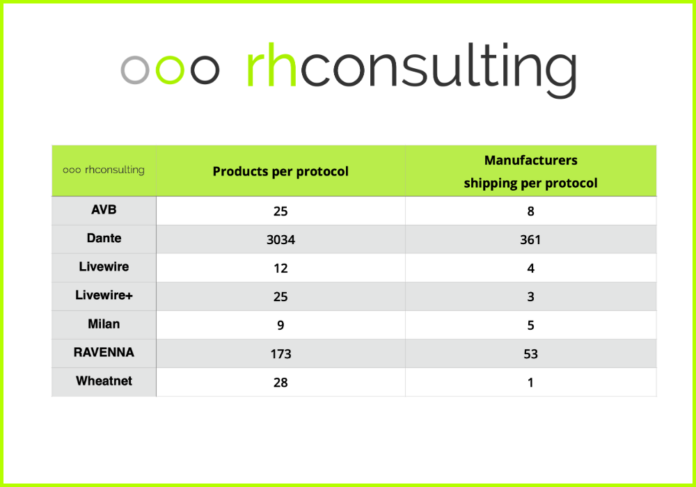 Audio consultancy and networking experts RH Consulting have been counting networked audio products and licensees since 2013 in an effort to chart the adoption of audio networking in the pro audio, AV and broadcast markets. Universally recognised as the benchmark for tracking trends in networked audio, the report covers all the major protocols including Dante, RAVENNA, AVB, Milan and others.

This year’s report comes in two parts: firstly, the headline totals, followed in a few weeks with even more comprehensive data on protocols, compatibility and rate of adoption.

Part one logs a total of 3,306 networked products currently shipping from 420 manufacturers, and that number is going up all the time. That’s nearly two new products every day in the past year. “We were pleased to note that the current pandemic doesn’t seem to have had a great impact on new product launches – Dante, for example, has passed the milestone of 3,000 shipping products,” observes RHC’s Roland Hemming. There is also a modest increase in the number of RAVENNA products, and better data also reveals more RAVENNA manufacturers than previously logged.

Another significant development for the 2021 report was to say a final adieu to CobraNet whose products were no longer counted during 2020. “This wasn’t without a little tug at our heartstrings as CobraNet technology was absolutely pioneering in its time,” says Hemming. “It was the first commercially successful audio-over-Ethernet implementation, and audio networking technology would not be where it is today without CobraNet. However, CobraNet modules have been officially declared End-of-Life and Cobranet developer Cirrus Logic does not recommend its use in future designs.”

For more details on what the first part of the report reveals along with how the data is compiled, visit HERE. 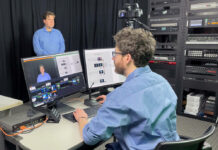 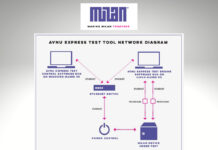 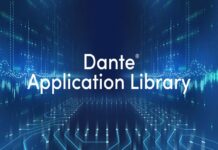