The May Theater, also known as the Suita City Cultural Hall, in Osaka is a venerable performing centre that has been on the Sound Engineers & Artists Society of Japan’s list of the Top 100 Best Halls by Acousticians, since it was opened in 1985. The cultural centre includes a 1,400-seat large performance hall, a medium sized hall, a reception hall and an exhibition space. The multi-faceted venue hosts concerts, operas and classical Japanese theatre, as well as social gatherings and art exhibitions.

In July 2019, the May Theater began a thorough renovation project, including an update to the point source sound system in the large performance hall, which was well over twenty years old. “The previous point source speakers were placed inside a speaker box, which made it impossible to deliver uniform sound quality throughout the auditorium, explains Satoshi Tanio, sound engineer at May Theater.

Tanio’s team evaluated systems from several different brands. “We chose L-Acoustics because they are the pioneers and leaders in the development of line array speakers and because their systems all have good phase characteristics.”

Japan Advanced Technology Operations (JATO) was tasked with recommending and upgrading the theatre’s system to line array, with the support of L-Acoustics Certified Provider Distributor in Japan, Bestec Audio.

JATO’s Taiki Imamura knew that the May Theater was working to a fixed budget, so he proposed a Kiva II-based line array system. “I was confident that the Kiva II, with its powerful SPL offered the perfect balance between price and quality,” he explains.

Shigeru Matsuo from the installation team at JATO helped design the system with the May Theater team. “During the design and installation process, we used L-Acoustics Soundvision 3D simulation software, which provided us with a clear idea of what the finished system will sound like throughout the venue,” Matsuo says. The May Theater team was able to provide CAD files of the performance space, allowing JATO to precisely plot speaker placement.

The final configuration consists of a proscenium system for the main hall of 11 Kiva II with two SB15 subwoofers flown behind. On each side, an installation of eight Kiva II, two SB15m, and one SB18i were rigged alongside one X12, acting as in fills. Eight X8i were deployed under the stage as front fills. Seven LA4X amplified controllers drive the system, connected to the mixing console via AES. To minimise cable lengths, the amplified controllers are placed just behind the proscenium’s arch.

For dance events that require more dynamic sound reinforcement, May Theater also added a mobile system of six Kiva II with two SB15m and two SB18 per side, plus six X12 and six X8 as monitors, with two LA8 amplified controllers.

May Theater Stage Manager Koho Maekawa is happy with the abilities of the Kiva II sound system to handle all the different content produced at the theatre, and to offer the community a quality experience. “The Kiva II has dramatically improved sound clarity throughout the hall,” Maekawa praises. 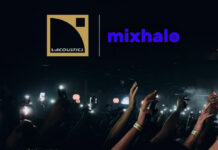 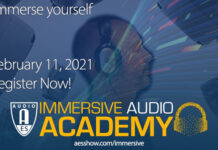