Malaysia with a population of 30.3 million has a global ranking of 29th in terms of Economic Freedom, according to 2016 Index of Economic Freedom – Malaysia1. This is a drop from recent years. The country unfortunately has been in the press for all the wrong reasons of late.

The sentiments amongst its citizens has also been in the negative overall. There is no doubt that there is much potential in Malaysia and hopefully sooner rather than later calm will return to its political affairs, which will then drive the economy more aggressively.

The AV industry too has felt the impact as can be seen from our first graph where 73.3% of our respondents have suggested little or flat growth.

As expected, most of the business is expected to come from the Corporate sector with the Government sector ranking very low.

Digital Signage across all segments is pushing the sales of Displays in Malaysia. From Corporate to Hospitality, Displays are playing an integral role in installations.

After Sales Service or Maintenance Contracts are still very low and contribute a small percentage to the overall revenue of most AV companies. The few that indicate 50 to 70% are companies that are mainly involved in critical mission applications such as Control Rooms or Finance segments where down time is not acceptable.

Not surprisingly Price-sensitive customers top the list of challenges the industry faces. This continues to be an issue across South-East Asia and will continue to be so, till end-users can understand and appreciate the value proposition of AV technologies to their business. In addition, the industry has to help itself by not encouraging under-cutting of quotations which unfortunately is predominant in this part of the world.

The Malaysian AV companies have come out of their shell in recent years. Confidence in their ability has enabled many of the companies to venture beyond their shores and thus it is not surprising that 73.3% of the respondents have indicated that they do have business dealings across South-East Asia with 63.6% of respondents, indicating that they do plan to expand into the region.

Though the revenue might be small for now for most of them, it is a start which should augur well in the future as they gain recognition and confidence in the countries that they are involved in.

Intra-Asean trade stood at USD608 billion in 2014 and with a population of 622 million in 2014 and a strong growing middle class and with the launch of the Asean Free Trade Bloc, there is much potential not only for the Malaysian AV companies but also for companies from across the region. 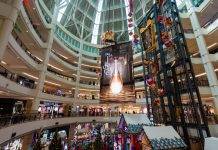 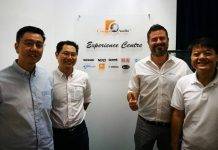 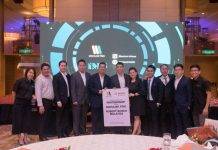