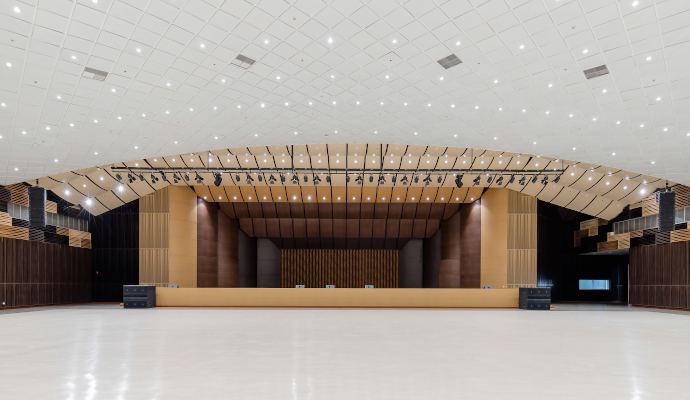 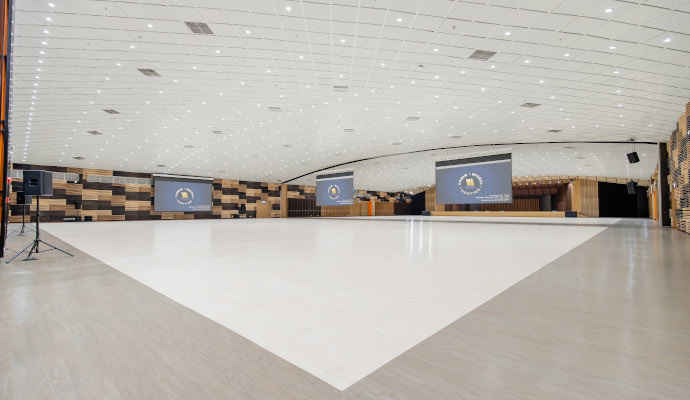 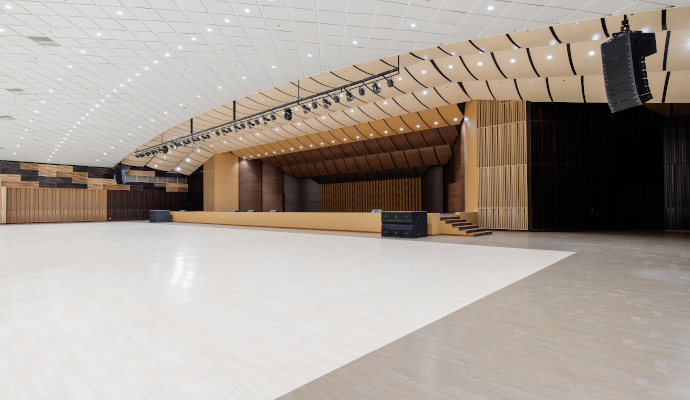 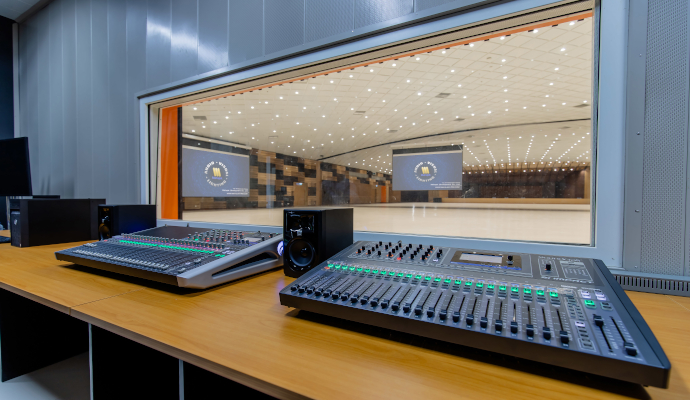 Naresuan University is a state university located in Phitsanuloke province, Thailand. The University was officially founded on July 29, 1990. It was named by His Majesty King Bhumibhol Adulyadej to praise and glorify King Naresuan who is the hero of Ayutthaya Kingdom. The province was the birthplace of King Naresuan where he used to hold the position of the great viceroy of Phitsanuloke city.

As all the events would depend on good quality AV systems, the University approached Mahajak Development to install and integrate the audio and visual system within the hall. The key objective that the University wanted to achieve was intelligible audio with proper coverage for both vocals and music. The audio system also needed to be easily adaptable to cater to the different types of functions. The visual system, on the other hand, had to project sharp and clear visuals that can be viewed by participants from anywhere in the hall. 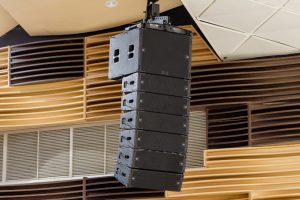 The hall features a Shure QLXD wireless microphone system complemented with an antenna distribution system as well as passive antenna splitter to enhance the wireless signals for efficiency. This ensured that the wireless microphones worked to their optimum of providing clear intelligibility without interference. The JBL VTX Series loudspeakers handle the audio reinforcement duties. Hung in front of the stage in left and right configuration are six units of VTX A8 line array loudspeakers with one unit of VTX B18 woofer on each side. The A8 combines two 8″ woofers, four 3.5″ midrange drivers and two 2″ high-frequency drivers in a single low-profile cabinet. Proprietary double-flared low-frequency ports, precisely calculated for more excellent low-frequency performance extend the usable operating range down to 49Hz. The VTX B18 features JBL’s new 2288H 18″ woofer, engineered for improved linearity, increased sensitivity and extra-long excursion. An additional three units of VTX G28 are ground-stacked on each side of the stage to deliver extended very-low-frequency performance.

Making up two delay towers in the middle of the hall is a unit of JBL AM7215/26 two-way high-power loudspeakers hung on the left and right side. These allow the audio coverage to reach to the end of the hall efficiently.

All the loudspeakers are driven by Crown I-Tech HD series, which can control and load monitoring. Moreover, BSS BLU-800 helps with configurable I/O and signal processing with a Soundcraft Si Performer console that supports wireless control externally.

When the hall is divided, the Shure wireless microphone systems are still available for both spaces. However, audio coverage for the second space is handled by the JBL PRX800series portable loudspeakers. A Soundcraft Si Impact audio console manages the audio output and control for this space.


A total of three 300″ motorized screens have been installed just after the divisible area for visual presentations. As the hall is huge, the projections on the screen enable those seated in the second half of the hall to view what is happening on stage. Mahajak also provided two units of Barco Clickshare CSE-200 wireless systems in the inventory for presentation purposes. All the images projected onto the screens go through the AMX SVSI N1000 Series Encoders and Decoders that packetizes video into a minimally compressed IP format that provides excellent video quality at low latencies.

To enable smooth control of the AV systems within the multi-purpose hall, Mahajak provided the University with a wireless control system that offers convenience and efficiency.
Two units of Dell computers with Windows operating system are used for central control. To enable the Windows device to control the rooms via connected AMX equipment, Mahajak installed two AMX TPC-WIN8-TAB TP applications onto the PCs. TPControl enables Windows 8 PCs and tablet devices to transform into a fully functional touch panel for controlling AMX system platforms. Two units of iPad are also installed with TPControl applications software for mobile control of the AV systems. The various devices are connected to the AMX 3200 NetLinx NX Integrated Controller located in the rack.

Clear, intelligible audio with no interference through the wireless Shure microphones, reinforced with full undistorted coverage by the JBL speakers have been given the thumbs up by the University. 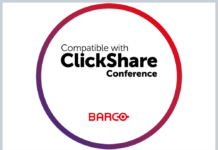 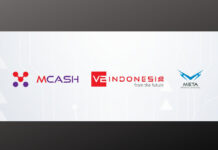 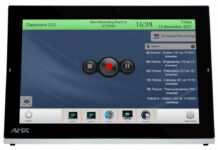 AMX Partners with Panopto to Streamline Video Recording and Sharing