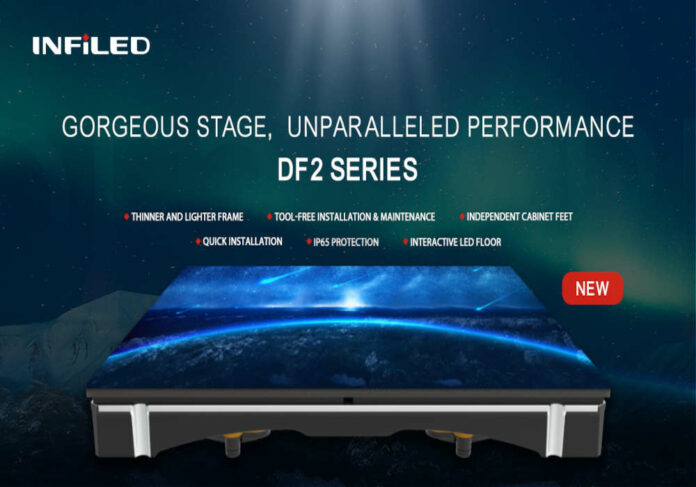 INFiLED, a leading manufacturer of LED displays, takes delight in unveiling the second-generation interactive dance floor solution DF2. After a half year of dedication, the new version of the DF2 series takes its final form, possessing more merits that consist of market trends.

“Based on previous market research, we decided to upgrade the original DF series in an all-around way in response to new market demands. We have modified the cabinet design, again and again, to make it as light as possible since the project’s initiation. As you can see, the DF2 series loses weight successfully with individual cabinets of no more than 12kg. The secret lies in a brand new hollow frame design, which also guarantees easy installation and maintenance. We believe that the DF2 series LED display launch will be a hit to the current market,” commented engineer Qin.

The most outstanding feature of the DF2 series LED display is an innovative hollow frame design, producing much lighter and thinner cabinets weighing only 10.5kg and measuring 83.3mm high, easy to install and maintain freehand. Independent cabinet foot design and two simple screen leveling methods available also quickens installation, saving both time and cost. The operation of the whole screen will not be disturbed as individual magnetic modules are removed for maintenance.

Specially designed for floor screen application, the DF2 series has an anti-slip surface and is rated as high as IP65 concerning proof against dust and water. Meanwhile, it is exceptionally friendly to users, emitting no dazzling light and offering a wide viewing angle without a colour cast. Interaction is available and can be activated for interaction between screen and users due to built-in sensors for footwork tracks. Though lightweight, the DF2 series can bear a heavy load, supporting stage props and crowds’ high-intensity pedalling. It is suitable for stage shows, science museums, event centers, and other places. 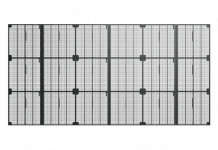