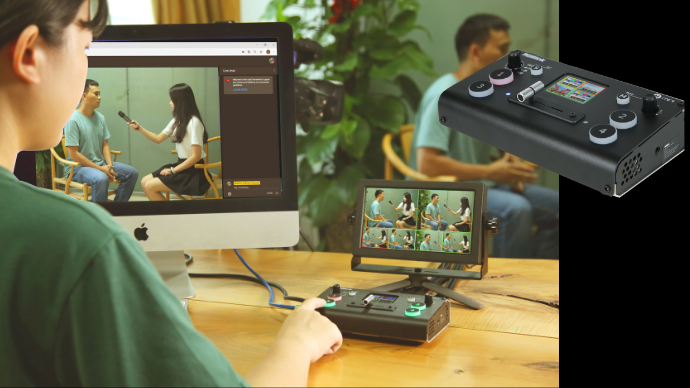 Certainly mini in size, the RGBlink mini is just 500g and under 200mm in width, all while offering four HDMI inputs and both HDMI and USB 3.0 output.

With resolution independent HDMI inputs, video sources are scaled to the set output resolution and able to be seamlessly switched between any source. There are over a dozen transition effects, as well as traditional CUT and variable crossfade. For more precise control there is T-bar front and centre between the large source switch pads. Each of the source switch pads is LED backlit providing visual feedback of status for the user.

Uniquely, mini has an integrated colour TFT display – not just for menu operations but supporting simultaneous live preview of all four sources for the ultimate in visibility.

In addition to the control surface itself, RGBlink offer a companion app for the mini offering remote control and connectivity.

Available in two variants, mini and mini+, standard features on both modules include PIP and PBP presets, external audio insert/extract and more, with the ‘plus’ model adding PTZ UVC camera control, LOGO and DSK capabilities.

Capture and other applications are supported too via OBS Open Studio connectivity. 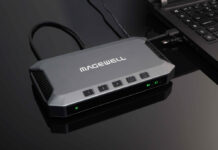 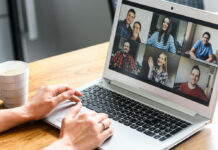 How to Bring HDMI or SDI Sources into Zoom, Teams and Other Conferencing Software 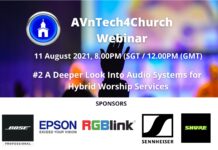