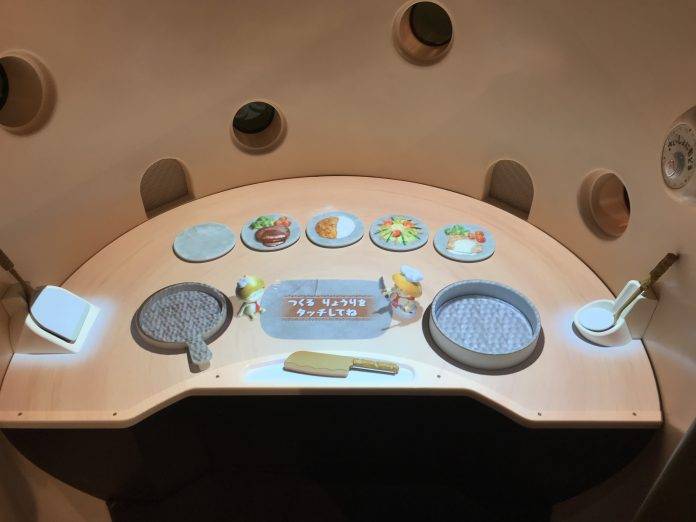 Zytronic, a leader in custom designed, durable Projected Capacitive Technology (PCT and MPCT) touch sensors has unveiled touch sensors which are central to a new kitchen experience, where young children can enjoy the illusion of ‘cooking with fairies’ in complete safety.

‘Hungry Kitchen’ is part of the Docodoco indoor island of adventure, a digital playground attraction in Japan, built within the Hachikawa Takashimaya S.C by Bandai Namco Amusements Inc.

‘Hungry Kitchen’ offers young children a full ‘augmented reality’ kitchen experience including cutting foods on a virtual plate, frying and mixing to serving up, without any of the risks of a real kitchen. 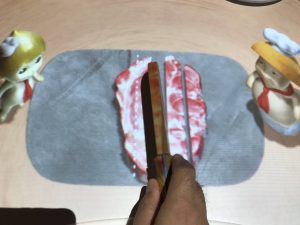 Zytronic touch technology under the chopping board senses the position of the plastic knife and the palms allowing an appropriate response from the system. The plastic kitchen knife and other utensils include a conductive material that allows the touch sensor to detect their location.

A custom sized 15.2” Zytronic Zyfilm together with a ZXY150 multitouch controller was selected following a comprehensive performance evaluation. A key requirement was that the touch sensor responded reliably from its location underneath an 8mm (0.31”) thick melamine chopping board, with the kitchen surface and foods all projected onto the surface from an overhead projector.

The plastic knives in this virtual kitchen contain a conductive element allowing their position to be sensed by the projected capacitive touch screen.

For this application, the touch controllers “palm rejection” algorithm was disabled, so that for example, if a child used a hand to ‘flatten a piece ‘virtual’ chicken with a palm, the touch controller would recognise this and Bandai Namco’s software would respond appropriately.

The system designers appreciated the fact that set up values are stored on the ZXY150
touch controller itself, eliminating the need to store them on the host PC, and improving
servicing.

Tetsuo Takahashi is the producer of “Indoor Island of Adventure Docodoco” and is the Manager of Bandai Namco Amusement Lab Inc.’s development and planning team. He commented, “In order to balance both the playfulness and the precision of the experience, Zytronic technology was adopted. Its touch sensor is a highly sensitive device that can be mounted behind very thick overlays whilst maintaining intuitive and precise interactivity. Its’ performance makes an important contribution to the children’s cookery experience.”

Ian Crosby, Sales and Marketing Director at Zytronic added, “For their special project, Bandai Namco Amusements Inc. had been seeking a projected capacitive touch sensor available in a unique design and in very small quantities. In addition, the chosen technology had to be capable of detecting a touch through a thick, opaque surface. We designed a bespoke 15” multitouch foil to their precise specifications.. As our touch sensors and controllers can also operate through via various non-conductive materials such as glass, acrylics and even stone, it provided an ideal solution for Bandai Namco Amusements Inc.” 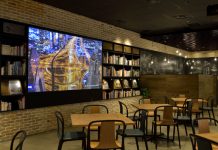 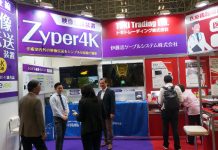 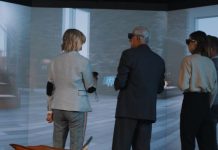