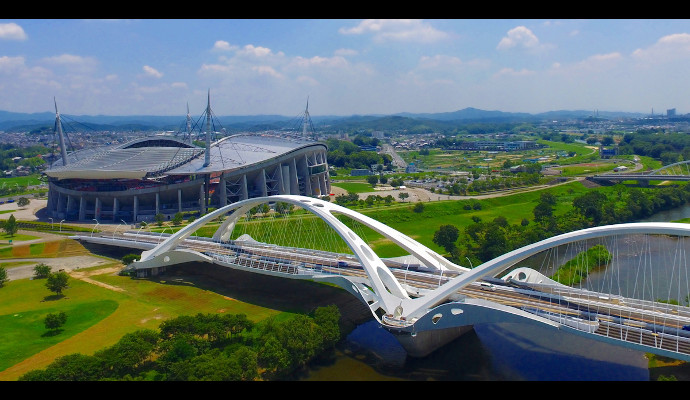 With its capacity of approximately 44,400, the Toyota Stadium in Aichi Prefecture is one of the largest football stadiums in Japan, and is also used for rugby.

A major upgrade of its sound system was undertaken in preparation for the 2019 World Cup, equipping it with a world-class installation of NEXO loudspeakers and amplifiers, and Yamaha electronics. 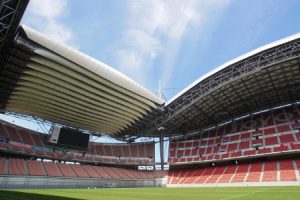 They are used for music at half-time, for the stadium DJ, for venue announcements and to play sound to accompany the big video screens.

It is also used to amplify pitchside interviews, so speech clarity was an absolute priority for the designers, as well as high SPL to provide the volume needed to handle loud cheering and applause. 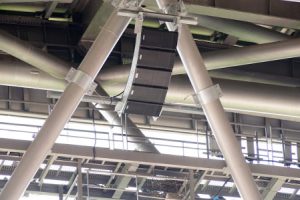 The President of M&H Laboratory Co. Ltd, Yoshiteru Mimura, explained that, “this is an environment with a large amount of reverberation and echo. That makes it difficult to ensure clarity with even volume and sound quality. Before the upgrade, we took measurements in listening tests, and there were several areas in the stands where it was difficult to hear the sound.”

“To solve this, we not only replaced the existing speakers, but also increased the actual number of speakers, thoroughly adjusted the sound quality and corrected the distance. The main goal was to improve sound clarity.”

President Mimura was impressed by the track record of NEXO cabinets in the Stade de France in Paris; installed in 2011, this continues to be an influential reference for the durability and reliability of the GEO S12-ST loudspeaker, which was specially developed by NEXO to stadium specifications, using a higher-range diaphragm producing 3dB more efficiency than the standard GEO S12, widely used in concert sound applications.

In the Toyota Stadium, the system is fixed over a large number of locations, starting with an 11-module main array facing the pitch.

For the main stand and the back stand, there are identical arrays of 6 modules, all positioned near the edges of the large roof. Smaller 3-module arrays are directed at the front row of seats, with additional sets of arrays behind the seats, for auxiliary use. 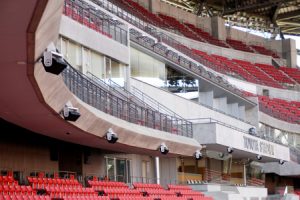 All of these positions use GEO S12-ST, which can be found in the south and north side stands. NEXO’s PS15-R2 and PS10-R2 cabinets are used
in numerous locations as point sources. For auxiliary use, another 48 x PS10-R2 speakers, positioned on the balcony edge around the perimeter, can be activated.

HOR Masahiro Hori, sound operator for the Toyota Stadium, said that he “can clearly feel the difference between the previous speakers and the NEXO speakers.”

“It feels like the NEXO speakers are never strained for sound. We also thoroughly corrected the level and time alignment, but the sound has much greater clarity than before. I also think a big improvement point is how we reduced the echo through appropriate adjustments.” 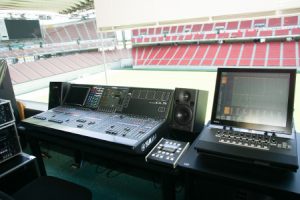 All the NEXO equipment, line array and point source loudspeakers, have been supplied by Yamaha Sound Systems, which has also delivered a Yamaha CL5 digital console as the main mixer in the Toyota Stadium operation room.

With NEXO’s new NXAMP4x2Mk2 Series amplifiers spread out amongst different amp rooms in the four corners of the stadium, there is significant distance between ops room and amp rooms.

The Dante network has been converted to optical fibre for transmission. President Mimura confims that

“the NEXO speakers have higher efficiency than the previous ones, so we can output louder sound than before. Something that is important in this kind of facility is durability.”

Speakers in this kind of facility often break due to exposure to wind and rain. With the new NEXO system, we are able to achieve theatre-class high sound quality even in severe conditions.” 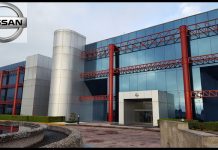 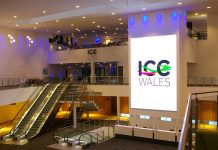 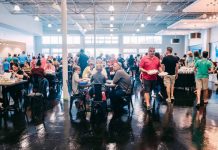