Home Features Andy Marken's Column Tomorrow’s Car, Mobile Streaming are about Data, not Technology
Share on Facebook
Tweet on Twitter
When it comes to wireless data, psychologist Abraham Maslow was right in 1966 when he observed, “I suppose it is tempting, if the only tool you have is a hammer, to treat everything as if it were a nail.”

A few months ago we sat in on several 5G technology sessions at FMS (Flash Memory Summit) as executives from Qualcomm, Ericsson, Sprint and other firms extolled how 5G is going to not only give us faster wireless service but will change how people and IoT (Internet of Things) enabled devices communicate.

Yes … connectivity/communications are the nails, 5G is the hammer!

We didn’t think much about it until we attended Qualcomm’s Wi-Fi 6 Day and were reminded there’s more than one way to deliver data.

After all, Qualcomm knows both sides of wireless communications since they lead the crowd developing/selling chips for both.

Heck, they might even know a little something about autonomous transportation since they have friends in high places.

Wi-Fi has played a vital part in the total communications picture, since that’s what you use when you’re sitting in the coffee shop wasting time.

It’s the stuff you use on the plane to stream your interactive games and answer emails, delete spam so they don’t clog your inbox.

It’s important (necessary). It just isn’t as sexy as a new/expensive 5G smartphone. One has a powerful, profitable international/national organization – ITU (International Telecommunications Union) and GSMA (Global System for Mobile Communications) – and their members pushing it.

The other has the Wi-Fi Alliance promoting what is arguably the Internet’s most important technology because it connects nearly 57 percent of the world’s population and is widely viewed
as a strategic asset for business, industry and most countries.

But the big difference is one you pay for by the minute and byte.

The other is sorta’, kinda’ free because businesses/organizations need it to do business, keep things connected and working smoothly together.

And, no matter what your phone person gives you, he’s probably backhauling half your stuff to the Internet anyway!

Every day, we generate 2.5 quintillion bytes of data that will flood out of the dozens of connected devices we have without an ultra-high speed, robust infrastructure to move it reliably.

Over the past two years, more than 90% of the world’s data has been produced.

The phone and 4G LTE service we have today is “good enough” for streaming 4K video content,shooting/sending selfies, texting the kids (no one calls today) and tracking/following folks on
social media.

According to Irving Tan, Cisco’s Sr VP/ chief of ops, it’s data and by 2022, he projected data traffic in a single year will equal everything produced in the last 32 years of the Internet … combined.

Data is important to the auto industry because it needs it so it can safely introduce AVs to save people’s lives (inside/outside the vehicle) who can’t take their eyes off their screens.

“It will be at least five years before autonomous vehicles will be widely available because it requires more than just the car. It requires the complete environment,” said Basich.

He believes that high-performance Wi-Fi 6 and 5G connectivity with trucks will probably be the first widespread implementation because of the growing shortage of experienced, skilled professional drivers and the need to move goods as quickly and efficiently as possible throughout the production/consumption chain.

According to the ATA (American Trucking Association) trucks moved about 11.5 tons of goods in the U.S. last year, representing slightly more than 71% of the total domestic tonnage moved from point A to point B.

In other words, darn near everything!

Autonomous cars will merge into mainstream more slowly over the next 10+ years because folks are just hanging onto their cars longer.

Okay, that’s not you or me; but some families squeeze every mile out of their car they can.

There’s a certain feeling of freedom dropping the top on our F Type, grabbing the wheel, punching the accelerator, going where we want to go, as fast as we want and be entertained by
the large number of idiots who are on the road.

But there are some trends that will help accelerate the number of AVs on the roads.

Today’s younger generation likes to go places but apparently don’t want to drive themselves because the number drivers’ licenses is decreasing.

Using bikes and scooters to get around town is more fun than driving, hunting for parking, finding your car and paying the parking service/fines … and, beats walking.

If you’re not coordinated enough for fresh air self transportation, they’re always Lyft, Uber or the hundreds of other services around the globe.

In addition, a growing portion of our population is getting older and “perhaps” shouldn’t be driving.

When the self-driving cars hit the roads there are a lot of things you’ll be able to do in a more relaxed, enjoyable fashion, rather than fumbling with the phone while you’re sitting in traffic.

See, there’s a lot you could do with that free time if you put your mind to it!

But 5G, WiFi6 and autonomous vehicles aren’t going to suddenly appear. The infrastructure is going to be expensive and won’t happen overnight.

While Motorola’s Martin Cooper made the first mobile phone call in early 1973, it took 11 years for sluggish 1G 2kbps service to be widely available.

Today’s wireless data is delivered through macrocells (cell towers) that provide the foundation for wireless connectivity to serve thousands of mobile users within a radius of up to 40 miles.

To support urban service, small cells (microcells – low-power cellular nodes) with a range of about 500 feet will communicate with microcell towers, other small cells and mobile devices.

Since 5G will be able to travel short, unobstructed distances, wireless service providers will be installing a large number of small cells to provide the necessary infrastructure for tomorrow’s 5G networks with much faster speeds than macrocells, 10Gbps download.

So how soon in your city?

Data travels through wires the majority of the time, with wireless antennas completing the last few miles of delivery near real-time speeds.

Delivery for businesses and consumers will require innovative connectivity, cloud and analytic solutions that will not only serve hundreds/thousands of moving vehicles but also the capacity for high-quality, uninterrupted video service.

That won’t be cheap.

IDC forecast that the total infrastructure investments will rise to as much as $26B by 2022 and cumulatively to around $40B.

So, which will arrive first? 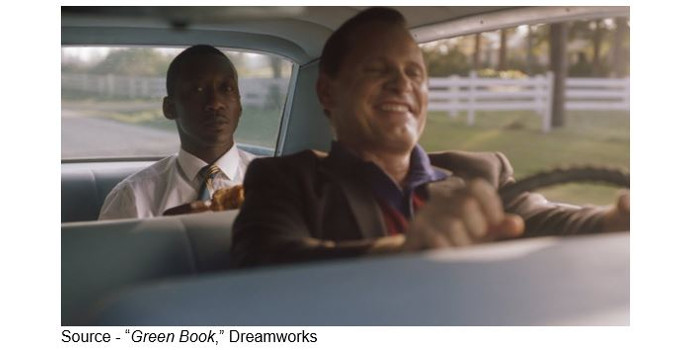 And of course, after you’ve snagged your new 5G smartphone, you’ll get your never-ending bill for your data service.

It may be time for you to remember what Tony Lip said,

“It’s like what your friend the President said,”Ask not… Your country, what you could do for it. Ask what you do for yourself.”

Once you finally get reliable 5G service in your area you’ll probably have to do a lot of experimenting to see what content absolutely requires lightning fast 5G and when you can get by
with Wi-Fi 6.

Speed, security, reliability come at a price and sometimes good ‘nough is darn good. At least you’re in the drivers seat. 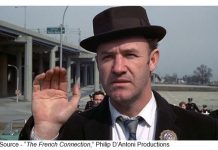 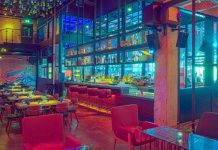 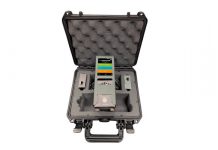