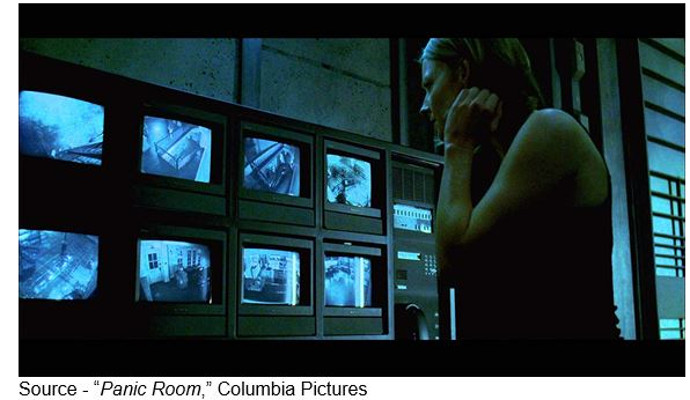 “No, he knows there is trouble. He’s right across the park. That’s why we got houses so close to each other. Just in case we needed each other. He’ll help us!” – Meg, “Panic Room,” Columbia, 2002

What we like about technology – especially “standards-based” technology – is that every engineer we know has a better idea of how to handle the standard.

We were in a marketing meeting when the boss got a call from an irate customer. All of the cables with the latest shipment were too short (actually he said it “a little differently”).

All of their other shipments were perfect … couldn’t be wrong.

It turned out engineering had moved the connector from the right side to the left because “it was a better solution.” Same standards and specs, just a better way of doing it.

That just about sums up the smart home solutions we’ve bought over the past couple of  years … everyone has a better way of doing it.

And they don’t even acknowledge some of the smart features we have in our car.

Of course, at MWC, we were promised that everything is going to be great as soon as 5G is deployed and the discussions will move to a higher plane!

They estimate that only 4% of global households own smart-home devices (excluding smart entertainment and smart speakers). The saturation rate is higher for the U.S. (19%) and Western Europe (6%); but even in those markets, the runway is long.

The research firm believes there is plenty of room for growth within the key established categories of security, climate control, lighting and power categories.

And now that you’re used to getting your entertainment OTT so you can get what you want, where you want it, when you want it and on the screen you’re in front of; it’s time to make the next giant move and control your home.

Filipe Oliveira, market analyst at Futuresource, noted, “The way smart devices help with daily tasks, improve security and generate savings in energy bills are all reasons that this is the fastest growing area of consumer electronics.”

A not-insignificant problem folks want to consider is that both Amazon and Google are pushing competing capabilities for “their” device control in your home and you can bet telcos and cable folks will be offering up their high speed wired/wireless solutions.

According to Parks Associates, the interest in purchasing smart home devices (beyond the ultra-convincing media coverage) is that people want:
– 61% — Ability for the product to save money on bills
– 61% — A discount on their home insurance premium
– 54% — Make smart home devices cost the same as regular products
– 46% — Ability to exercise control over how data is collected or used
– 41% — Ability to try smart devices at a retail location with knowledgeable staff
– 42% — In-home service to set up the device and teach how to use
– 34% — Ability to finance the cost at zero percent and pay over 12 or 24 months
– 32% — In-home service to recommend the best smart home devices for routines and home layout

Most (61%) of households that don’t own/aren’t interested in a smart home device would really consider it if retailers and manufacturers could show them how they could reduce household bills or insurance premiums rather than just saying they are sweet, sexy and you can show folks how “with it” you really are.

No smart home device beyond voice assistants exceeds 15% adoption with the leading device being the smart thermostat at 13% adoption.

No matter the device, consumers are keenly aware of the value they want from a smart home device.

Lighting is less established than security and climate control but growing faster than either category. It also sells for lower unit prices and bundles well in retail with smart speakers, which have led to a new wave of smart lighting that does not require hubs or bridges.

Smart lights are useful to just about everyone and can have an immediate positive impact on your utility bill.

The neat thing is you can go as spartan or as luxurious as you want with basic white or colour changeable bulbs, wireless dimmers, strip lights as well as, outdoor LED lights … and you can easily add the options seamlessly to your home lighting.

There are a number of gateway/smart hub options that you simply plug into the wall, press a button and you’re in business.

The hardest part is “unlearning” your light switch habits – and no, it’s not like your old Christmas clapper. You can control the lights’ brightness with your voice, an app or use motion sensing all without an engineering degree.

The second (and slightly more difficult) smart home money saver is climate control for the home.

According to GfK, 14M smart thermostats shipped in 2018, with more than two-thirds in the U.S. and Europe.

China, the leading market for smart appliances, including smart air conditioners, offers a lot of potential for smart thermostats according to GfK–not least because unit prices are about half of those in the U.S. and Europe.

But according to every market research/projection organization, security and monitoring are the most established and sought-after solutions for the smart home. In the U.S., saturation is expected to pass the 50% mark this year.

Two key sub-categories are giving rise to this demand – smart security cameras and video doorbells. In addition to the U.S., demand is rapidly spreading around the world with video doorbell shipments more than doubling in Europe in 2018.

Not only is the security and monitoring segment shipping in high volumes, it also lays claim the highest average unit prices.

Futuresource suggests that sales will surpass $12B this year and penetration will continue to climb with seven percent of homes worldwide having at least one smart security device installed by 2022.

Smart speakers are sometimes called an audio device and other times a smart home product because they have become the go-to product for the home. Everyone likes to have someone who will do what you ask without hesitation.

Increasingly, systems and devices are being designed to be compatible with smart speakers so that they eventually could become the seamless hub that directly controls a myriad of devices and appliances around the home.

Canalys found the top use of smart speakers to be listening to things, such as music, podcasts and audiobooks.

Improved interoperability and ease of use will make the smart home devices/systems even more successful except for a couple of gnawing consumer concerns – privacy, data safety.

We didn’t have any real concerns with the smart stuff spread around our house until we heard Alex “Jay” Balan, Bitdefender’s Chief Security Researcher at the March RSA conference (security things).

He noted that your household is crammed with internet-aware devices; and most of them are woefully insecure to the point where a hacker could take over the entire network by reaching in through your security or baby cam.

Like most responsible security research groups, Bitdefender has a 90-day disclosure policy – they notify a company of flaws found in its product and give the company 90 days to address the problem before going public.

Balan cited a secure hardware company that said they had gone through a security audit, so Bitdefender’s research showing security holes must be wrong.

He emphasized that the consumer doesn’t really know if their internet-aware camera, toaster, or garage door is secure.

For added consumer confidence, he suggested people see if the firm has a bug bounty program because if a bug is found the firm has a system in place for automatic updates to your hardware.

In addition, Apple and GooglePlay apps list what permissions are required and, if you care about your privacy, you read them and don’t install those apps you’re not willing to grant permissions to.

While we don’t mind living “a little” dangerously, Balan recommended not using Echo or Ring or SmartTV or any in-home microphone/camera device.

He explained that anything that is connected to the net can be hacked, and these machines are always listening and/or watching. 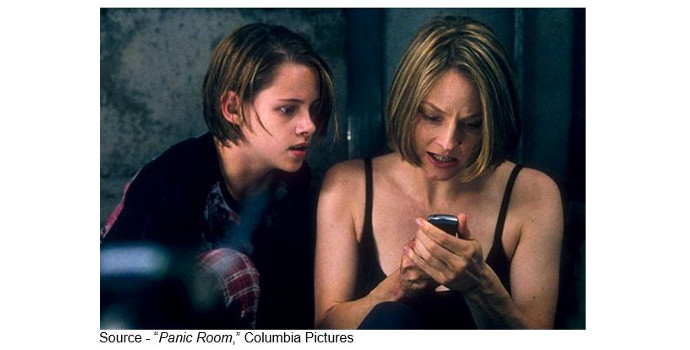 As Meg scolded, “Promise me you will never do ANYTHING like that!”

Jeezz, Meg, disconnecting from all our things is so hard to do.