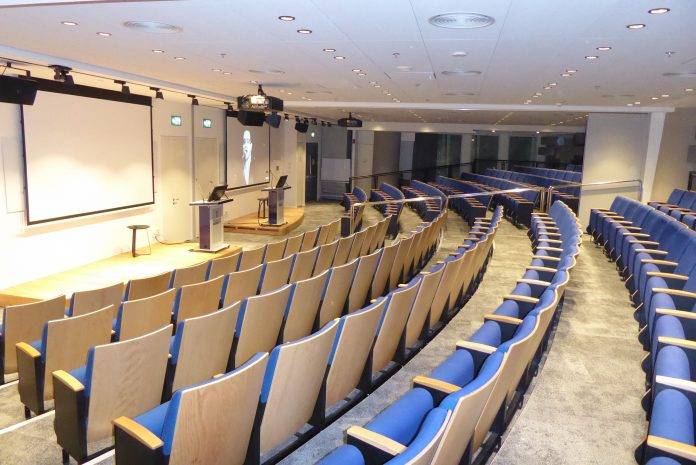 The Azrieli Sarona Tower rises 238 meters (781 feet) into the Tel Aviv skyline. Tucked away on the 29th floor of the 61-floor building is a new addition to the Tel Aviv campus of the Continuing Education Division of the Technion – Israel Institute of Technology: around 230-seat auditorium packed with high-tech AV equipment to facilitate the institute’s advanced research activities.

The auditorium is suited for lectures, presentations, and conferences, which are supported by an audio system designed by Erez Or of OR-TECH and implemented by system integrator Ardan Control-Tech Ltd. that leverages the AES67 standard to knit together equipment from four different vendors onto a single IP network. At the heart of that audio system lies a Symetrix Radius NX 12×8 AEC-1 DSP module.

Technion is the country’s oldest university, having been founded in 1912, 35 years before the State of Israel was established.

Considered one of the world’s top technical schools, the institute offers education and conducts research in nearly every branch of engineering, from aerospace and biomedical to nanotechnology and, of course, computer science.

“The Radius NX 12×8 gave us a total overall solution. It includes both Dante networking and AES67, plus echo cancellation, and can host two USB inputs we used to interface the echo cancellation processing to the video conferencing system.”

The auditorium can be divided into two separate spaces with good acoustic isolation, enabling events to run simultaneously in both halls. Each is configured as its own zone in the Radius NX 12×8, and each hall sports its own podium. Mounted inside the podiums are substantial complements of equipment, including Attero Tech unD4I-L Dante interfaces. The podium microphone uses one of the unD4I-L’s four balanced mic/line inputs, leaving three more inputs for carry-in equipment or additional microphones.

Another zone is configured in the Radius NX 12×8 to serve the lobby area, which houses a cafeteria, seating areas, and a video wall with eight displays that are used for digital signage and content from the auditorium.

A fourth output feeds the lobby zone signal to a subwoofer in the lobby area. The 12 analog inputs and 8 analog outputs on the Radius NX 12×8 are supplemented by a Symetrix xOut 4 Dante-enabled analog I/O expander, adding four more balanced analog line-level outputs.

The Radius NX 12×8 is fitted with two options to increase its power: an AEC coprocessor module for echo cancellation and a Radius USB audio card in its expansion slot. The expansion card and the unit’s onboard USB audio port interface with the two computers running Zoom software for video conferencing.

One of the most notable aspects of the auditorium installation was its smooth integration of networked devices from multiple manufacturers. “We were able to make equipment from Symetrix, Attero Tech, Stewart, and Atlona operate as one system based on AES67,” noted Etzioni. “It was the first time that level of integration had been achieved in the Israeli market.” 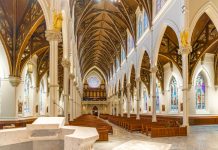 Boston’s Cathedral of the Holy Cross Relies on Symetrix 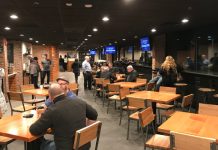