Sweden’s Uppsala Cathedral is one of the oldest houses of worship in Europe, not to mention the tallest in Scandinavia. World-renowned for its architecture and history, the Cathedral was once the burial place of Swedish royalty, and is now home not just to a devoted congregation, but uniquely historical items such as Queen Margareta’s golden dress – the world’s only preserved evening gown from the Middle Ages.

The cathedral is a protected structure, and Viktor Wadelius of Swedish systems integration specialist Svensk Klimatstyrning AB has worked since 2010 to update the building’s technical infrastructure without harming the ancient stonework.

The cathedral recently needed an update of its sound reinforcement systems, but the challenging acoustic environment in the building’s structure meant that finding the right audio solution would prove difficult. Adding to the task was the manner of services conducted within Uppsala.

“The Cathedral is very big, and one of its unique characteristics is that during the services, the priests move around a lot,” Wadelius continues. “They start in the middle of the cathedral, at the central pulpit, and then head up to the high altar, then back to the pulpit, and so on. One service will take place across many locations – we call them scenarios. It’s unusual to have to create a speaker system for this kind of environment.”

In the past, attempts had been made to find a suitable sound reinforcement system, with only limited success – while one attempt might deliver heightened intelligibility, coverage would then become an issue. Nevertheless, determined that it should be possible to properly cover the entire congregation with high quality, intelligible audio, Wadelius and his team went searching for an answer.

Renkus-Heinz Regional Sales Manager Håkan Sjoo and his team were then invited to perform a demonstration at Uppsala Cathedral. “It was immediately clear that this was a very interesting project,” says Sjoo. “It’s a large cathedral and very important within Sweden, hosting a number of concerts with a large choir as well as regular services. It’s a truly beautiful building.”

The original demonstration comprised of the Iconyx IC32 loudspeaker array located at the central altar.

“Originally, the concept was based around a priest delivering a sermon from the central altar, and that was it – all of the sound was coming from that position,” says Sjoo. “But there are at least four different points of focus even for regular services plus special areas such as the rear of the building, where baptisms take place, and the Cathedral’s magnificent pipe organ. From an audio point of view, that’s very complicated. The system needed to be able to cover every area equally, and at a very high quality.”

It meant creating one of the largest Iconyx installations in Europe, with 40 individual loudspeaker arrays.

“It’s very unusual to have 40 line arrays inside one cathedral,” acknowledges Michal Poplawski, Renkus-Heinz Technical Sales Manager, Europe, who joined the project as it was already underway. “Common wisdom says that it’s not good – when you have difficult acoustics and many sources, you will have a problem.”

However, the cathedral’s usage of Iconyx Gen5 presets ensured that every loudspeaker in the room maintained control over the acoustic energy. In addition, an innovative network tied to a show control system meant that the cathedral’s technical team was able to select which parts of the system was live at any time depending on the service taking place.

The structure of the Cathedral has not been affected either, thanks to the expertise of Viktor Wadelius and an ingenious clamp. “We have to get permission to do anything inside a cathedral that is this old,” he reasons.

“So we came up with a special clamp that we could use to mount lights and loudspeakers without having to do any drilling. If the cathedral needs to be returned to its original state then they can just remove the clamps and there will have been no effect. Both
the clamps and the loud-speakers are painted in the same colour as the columns, and so they blend in very nicely. The entire installation is very discreet.”

Crucially, the system has delivered the audio quality and coverage that the Cathedral sought for so long.

“Even with the extremely reverberant acoustic environment – measuring around five seconds – we have successfully achieved very good intelligibility and audio quality,” reports Poplawski. “The results are very good.”

Having spent a lifetime around the Cathedral, and almost seven years working within it, Viktor Wadelius is delighted to agree. “I am very happy with the final result – it actually sounds better than I believed possible in such an acoustically difficult environment. I am absolutely proud of what we’ve achieved.” 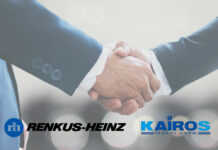 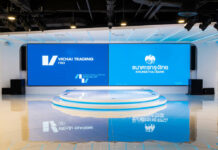 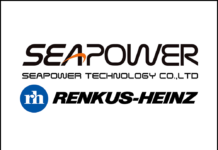 Renkus-Heinz Partners with Seapower Technology to Strengthen Presence in Taiwan