The kiosks in Daegu, South Korea’s fourth largest city, are part of the city’s disaster management infrastructure, providing public information when a major emergency such as a fire, flood or earthquake occurs, as well as city news and location guidance at other times.

Zytronic’s South Korean partner, DTH, supplied QVOSS with custom 55” Zybrid multitouch sensors powered by their latest ZXY500 controllers for the 10 kiosks located at outdoor locations around the city. The project is one of the first commercial roll-outs of the newly launched Zytronic ZXY500 controller, enabling super narrow bezel designs and robust 80-point multitouch performance. Daegu has a humid sub-tropical climate and is the warmest region in South Korea. Summer temperatures average 40°C with precipitation of around 230mm per month in the rainy season. Key factors for the selection were the sensor’s ability to tolerate exposure to these extreme environmental conditions.

Commenting, Johee Jun, general manager of QVOSS said, “We were keen to employ Zytronic’s newest controller as the super narrow bezel enables us to make the best use of the total screen area. We have been working with DTH and Zytronic for many years. The combination of Zytronic’s very reliable touch technology and DTH’s exceptional local support and know-how is very powerful and key to delivering a successful project.” He continued, “Because Daegu city is located in a valley it gets hot and humid in the summer and very wet in the rainy season, and cold in winter. Zytronic’s touch technology is reliable in all of these wide ranging conditions.”

Mr. Chun, civil servant of the Daegu City Authorities added, “We believe that the ultra large Zytronic touch screens using their new controller provide the same user experience as small smartphones. In addition, the ability of the touch sensors to operate reliably in unattended locations and under any environmental condition is extremely impressive.”

Daegu has over 2.5 million residents and is especially known for its electronics industry.

Ian Crosby, Director of Sales and Marketing at Zytronic, said, “The smart-city kiosks in Daegu are an essential part of the metropolitan infrastructure and are there to provide information and assist citizens and visitors during everyday life. Furthermore, they have a crucial role in an emergency when the quick delivery of public safety announcements can be vital. Zytronic touch technology is the ideal solution for these kiosks, as it has been proven globally over two decades to function reliably even in the most demanding unattended and self-service applications and environmental conditions.” 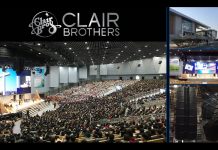 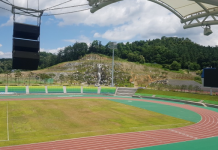 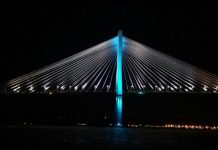