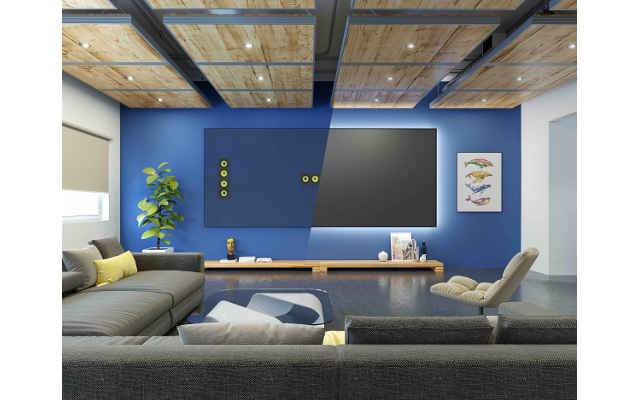 Since its introduction in 2014, Screen Innovations (SI) has provided the projection industry with Slate screen material, the world’s first moderately-priced ambient light rejecting screen. With its greater size range and flexible mounting options, Slate has become a staple for home theatre enthusiasts and integrators alike.

Following Slate’s initial launch, SI has since released .8 gain Slate, a darker material designed to further enhance contrast and black levels. In keeping with the company’s goal to lead design and innovation, SI has today announced that both Slate and Pure screen materials are now available in their acoustically transparent MicroPerf material.

“We created MicroPerf to give our customers the best of both worlds; the best picture and the best sound,” said Ryan Gustafson, CEO of SI. Gustafson continued, “Pure and Slate have solved the problem of image quality with the sharpest image reproduction in the market by managing the texture pattern down to 9 times finer than standard white or grey materials, maintaining image uniformity. Merging Slate and Pure with our MicroPerf technology has truly created the best of both worlds, picture and sound. Imagine hiding your favourite LCR speakers behind a massive Zero Edge screen with our popular Backlighting, even with the lights on thanks to Slate’s ALR properties.”

Slate MicroPerf has been a long-term SI goal based on their vision that the screen should not be a distraction for the viewer, instead adding to, or even improving, their experience. “Hiding your speakers behind the screen is another way that this is accomplished—allowing the sound to improve your viewing experience but not detract from your visual experience,” said Tom Nugent, SI’s Chief of Technology, who led the project. He added, “It has not been easy. Micro Perforating is difficult in its own right, but working with a 106-inch tall material is nearly impossible. We are perforating over 28000, .55mm holes for every square foot; clearly a daunting task.”

Nugent explained SI’s Micro Perforated material, or MicroPerf, was sent to the laboratory of an industry-leading speaker manufacturer for testing, with excellent results showing very few acoustic ramifications over the full audio frequency spectrum. “The effect of the MicroPerf screen has very little attenuation starting at about 1-2kHz. Typical impact on frequency response is well within the -3db range with a peak attenuation of -6db at 20kHz. This difference is easily corrected by most modern receivers with room correction. Additionally, many architectural speakers feature a treble compensation switch to adjust for this type of installation,” said Nugent.

MicroPerf is available to order now in SI’s Slate and Pure screen materials, which can be configured on all the company’s screen form factors such as Zero Edge, Zero-G, Fixed and Motorized. 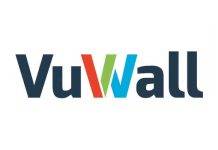 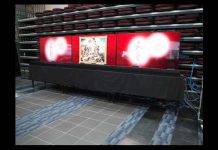 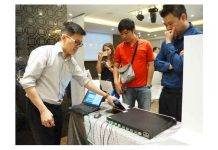