Mersive Technologies has begun shipments of its new Gen3 Pod which includes version 4.0 of its Solstice software.

Christopher Jaynes, Founder and CTO of Mersive, stated, “The Solstice Gen3 Pod allows customers to transform the design and use of their meeting rooms by reducing the cost and complexity of traditional systems by integrating multiple functions that typically require external hardware into a single platform.”

“It extends the application space of the Solstice platform, allowing more room types, more use cases, and a greater variety of user preferences to be addressed through a single solution.”

The newest version of the Solstice Pod introduces ShareSwitch, which together with an HDMI-input offers simultaneous sharing and control of both wireless and wired content. The Gen3 Pod also supports native 4k streaming, dual displays, and Power over Ethernet plus (PoE+).

Solstice 4.0 also includes added end-user features such as Solstice Ink which allows users to collaboratively highlight and mark-up displayed content from anywhere in the room by simply pointing and drawing with a smartphone. Additionally, in-product international support is expanded to 16 languages.

Solstice 4.0 comes pre-installed on the Gen3 Pod and can be downloaded to existing Pods with an active Solstice Subscription.

· Dual HDMI output that can be configured to mirror or extend. In extended mode, users can post content across two displays to support more posts in view. Control across both displays remains an intuitive drag and drop interface from any connected client.

· Power over Ethernet plus (PoE+) support removes the need for an external power adaptor and wall plug.

All of Solstice’s award-winning features are supported on the new platform, including digital signage capabilities, in-room calendar integration, interactive control of content from any device, and much more. 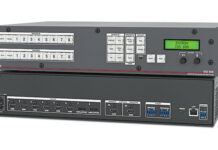 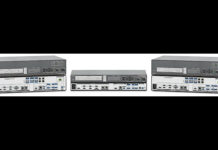 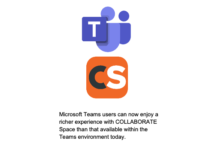