The appointment follows a thorough evaluation between the two companies in the past few months.

As Deborah Sloss from STUDIO CONNECTIONS Australia put it: 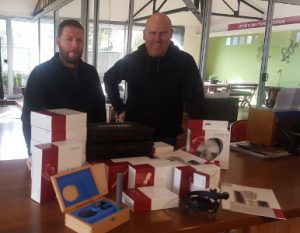 “We are delighted to begin this exciting partnership. Given our strengths within the Studio, Broadcast, and Film segments of our business and the exciting emergence of Immersive and 3D soundscapes, it makes perfect sense for us to partner with the excellence that is SCHOEPS Microphones, and it presents a wonderful opportunity to grow those strengths across the Concert, Conference and Sports sectors of our business.”

Alex Schloesser for SCHOEPS commented: “When I started with SCHOEPS in April 2018, there where two territories where SCHOEPS wanted me to focus my efforts to promote the brand further and one of them was Australia. After plenty of discussions and asking for advice around the industry, I finally found my way to Deb and to STUDIO CONNECTIONS.”

“We clicked right away and the feeling was also shared at SCHOEPS HQ in Germany.”

“STUDIO CONNECTIONS have a great assembly of pro audio brands in their lineup. There are very exciting times ahead of us now in Australia and I look forward to be part of this.”