The key decision-maker on the church side, Production Director Robert Boley, devoted considerable time to research and listening sessions before choosing a LYON solution.

“As a house of worship, our number one priority is speech intelligibility,” he stated.

“In our listening sessions we would listen to a variety of worship music, but when it came time to run the pastor’s voice through the Meyer Sound system, it was an ‘oh, wow, that’s the one’ moment for me. I was sold immediately.”

The new structure for Christ Place was designed to allow for easy expansion to 3,500 seats by building out from the back wall. This possibility was another factor tilting toward a LYON solution.

“We were originally looking at Meyer Sound’s LEOPARD boxes, but then Dustin Whitt showed us how with LYON we could simply add a box or two per side, adjust the splay angles, tweak the processing and we would be good to go,” said Boley. “We won’t have to replace the whole PA or hang delays.”

Boley also explained how the linearity and transparency of the Meyer Sound system allowed the church to save a considerable sum on broadcast facilities.

“We do a live stream of our services, and one thing that helps greatly with Meyer is that the system is so transparent that the house mix translates very well into broadcast. That was huge for us, as we saved money on a separate broadcast console, and also I don’t always have an A2 or A3 available to do a dedicated broadcast mix.”

Since opening day the new system has supported a number of the church’s own special events as well as guest concerts by Christian guest artists such as Tim Hawkins and Phil Wickham.

“Everybody here from the senior pastor on down is extremely pleased with what they are hearing. They didn’t realize how much difference a good loudspeaker system could make,” reported Boley.

The latest 12Stone LEOPARD installation, again by Production/Co under the direction of Dustin Whitt, is at the new Buford campus.

“LEOPARD was the perfect choice here because of the room size combined with the consistency of Meyer Sound products and our familiarity with them,” said 12Stone Production Director Taylor Davis.

“Also, as ceiling load capacity is always a limiting factor, we can rely on LEOPARD’s high power-to-weight ratio to deliver exceptional performance with a low ceiling payload.”

The new system comprises 5 per side LEOPARD arrays, 2 UPJ-1P fill loudspeakers, 3 1100-LFC elements in a flown cardioid configuration, one GALAXY 816 processor and an RMServer.

“LEOPARD’s natural clarity with spoken word along with its ability to provide a full, enveloping mix at relatively low SPL appeals to the wide range of people attending worship here,” noted Davis.

“We can provide the high energy environment younger generations are seeking while maintaining a comfortable level everyone can enjoy.”

“Sound for us was priority one,” said Executive Pastor John David Edie.

“It was a tough deal to make sure this room could fit everybody’s needs. But the Meyer Sound system installed by Paragon 360, along with the acoustical treatments they put in, has made this one of the best sounding rooms I’ve ever been in.”

“We’ve had traveling concerts by recording artists come in here who brought along their own sound systems. But when they heard our system, they left their own systems out in their trailers.”

First Baptist Church Naples and Paragon 360 were honoured as winners of a 2018 Solomon Award for Design and Installation of AVL Systems in a Major Technology Upgrade. 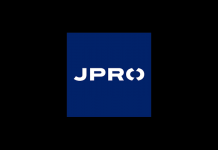