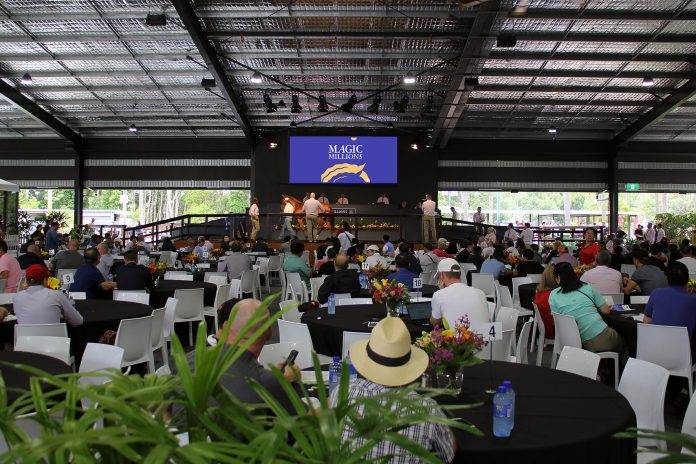 Magic Millions’ facility on the Gold Coast has just undergone a major upgrade of their sale auditorium, including an investment into a brand new AV system.

Best known for its ‘Magic Millions Yearling Sale’ event held annually at the beginning of the year, the Magic Millions operates its thoroughbred auction house all year round, conducting sales of close to 5,500 thoroughbreds in four states of Australia.

The auction house is the leading producer of stakes winners across Australia, and the number one source of Group one wins over recent racing seasons.

The ULA Group team worked closely with Leigh Spiegel, the IT Manager of Magic Millions
to identify the best technology to suit their specific requirements, when it comes to both AV
equipment, software and their compatibility. 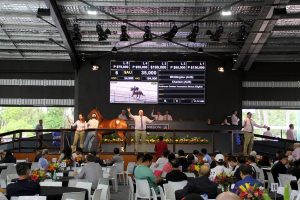 Leigh commented: “Due to renovations we had an opportunity to upgrade, we wanted to get a brighter image creating a more dramatic impact. Our selling auditorium is exposed to indirect daylight and our projector looked washed out during the day.”

The high-performance VuePix ER panels were chosen as a perfect solution for the Magic Millions venue, with their slimline design yet durable build, producing superb visuals with high contrast and wide colour gamut. The 3.9mm (0.15”) pixel pitch ensures superior image quality also for the photographers taking close up pictures of the horses during auctions.

A critical high refresh rate is achieved when it comes to online streaming of the events as well.

“I’m very happy with the brightness and even more impressed with the viewing angles”, confirmed Leigh. “It’s easier to read the key information, the colours are great. Photographers have been very happy with the improvement, photos and videos are often distributed all over the world as horses are sold. 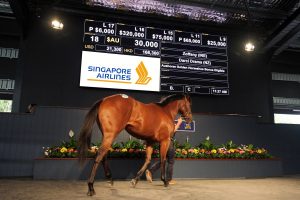 Adding, “Many champions have been sold at Magic Millions, the screen and improved lighting for the horses entices bidders to go further and helps vendors achieve better results in the sales ring. Congratulations to the VuePix/ULA team for delivering beyond expectations and on time”.

The 5.5m (18ft) wide and 2.5m (8.2ft) tall VuePix ER screen displays all information with the clarity required during the auction. It is powered by customized Ardex Technology software, which was critical in feeding live data to the screen to keep up with the real time auction. The system also plays video recordings of the horses during racing events and is used for advertising media in the breaks.

The ULA Group has also supplied 10 Acme TheatreSpot 300 LED fresnel fixtures to illuminate the main auction auditorium and to highlight the horses physique during the sale events.

The famous ‘The Star Gold Coast Magic Millions Carnival’ and Raceday is held over a ten day period annually each January to coincide with the flagship Yearling Sale. The famous Magic Millions $11 million plus Race Series was a world first concept that has been developed to make the Gold Coast Raceday one of Australia’s richest, and indeed one of the top ten richest race meetings in the world. 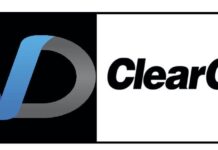 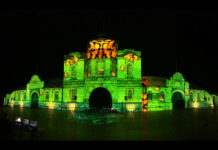 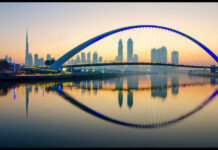