Just Add Power (J+P), a leader in Ultra HD over IP video distribution, has announced that its scalable platform was successfully installed at the new headquarters for The Boston Globe.

Commissioned to select a video distribution system that could drive and support the news organization’s requirement for real-time access and switching of current video news, AV firm Maverick Integration installed J+P’s cutting-edge, modular AV over IP system, allowing the organization to leverage its IP infrastructure to distribute HD video affordably to nearly 80 displays and 20 collaboration suites in the new facility.

“From a cost and features comparison, J+P goes above and beyond the standard AV over IP solutions,” said John Bray, Consultant for Maverick Integration. “For example, if a project requires basic video transport, the client is not stuck buying a transmitter and receiver that also include USB, audio extraction, CEC control, and other features that are not required for their system.”

“All J+P’s transmitters and receivers are compatible, so a designer can mix-and-match models based upon system requirements. This is a real advantage for The Globe as screens need to be upgraded to meet forthcoming format demands.”

The focal point of the distributed video system was The Boston Globe’s News Hub, where Maverick Integration executed a design by AV pro Marc Happes, which included 4 displays in a vertical orientation used for internal analytics, nine 49″ displays around a perimeter soffit, and a three-sided ceiling-mounted video wall dubbed “the jumbotron.” 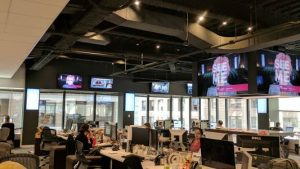 Each of the 3 sides of the jumbotron consists of a 2×2 video array of 55″ LCDs. With J+P’s Ultra over HD 4K receivers, the sources can be oriented vertically or horizontally to fit the requirements of the installed displays. In the case of the 2×2 video array, the system provides a variety of presentation options, including individual source feeds to each of the 4 displays, displaying 4 video sources at once, or when in a video wall configuration, one large image scaled seamlessly across the display. Also, within the jumbotron outfit are 3 speakers for personnel to hear breaking news stories.

Because J+P’s platform also supports lossless audio, signals can be switched to the speakers when required, ensuring breaking news stories can be heard. 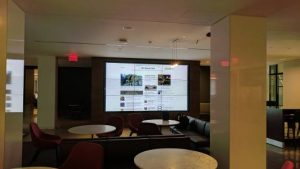 Upon completion, the system featured more than 100 end points of IP distributed video and 20 conference rooms and executive offices equipped with in-room, wireless collaboration. News personnel can easily select the source they need and quickly put it up on the desired display, switch sources, tile up to four channels or video sources on the video wall, or scale it to provide a larger video screen for everyone to watch. This enables them to have a critical eye on the breaking news they need most, with virtually no lag between source selection and display.

“Modern consumers of media require flexible systems that aren’t limited to one source, one format, or even one screen,” said Taft Stricklin, Sales Team Manager at J+P.

“The Boston Globe installation highlights all the capabilities and scalability we’ve built into the J+P Ultra HD Over IP system. With our design, the news organization was able to create an affordable system that not only works with their current screens and sources but that can also meet their future video content and distribution needs, while allowing them to easily and quickly switch between sources and screens for breaking news.” 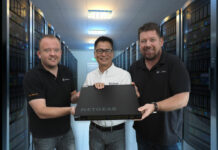 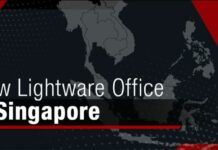 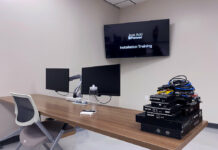