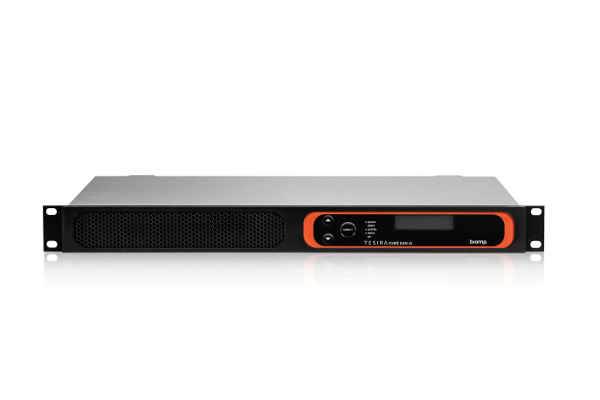 The TesiraFORTÉ DAN range of audio processors is the result of collaboration between Biamp and Shure Incorporated, where these new audio processors directly interface with the Shure MXA beamforming line of microphones. Along with the new dedicated Shure MXA input blocks in the latest Tesira 3.0 software, the processors deliver seamless interoperability between the most advanced DSP and microphone technologies.

The TesiraFORTÉ DAN is offered in four fixed I/O models – the same models as the original TesiraFORTÉ family (AI, CI, TI, and VI) – with the addition of 32×32 channels of audio via the Dante Brooklyn II module. All models of TesiraFORTÉ DAN are standard with 12 mic/line inputs, eight line outputs, Ethernet control, RS-232, USB audio with up to eight channels of configurable audio, four general purpose I/Os, and an OLED display.

The TesiraFORTÉ DAN processor can be networked with other TesiraFORTÉ DAN units, or with a Tesira SERVER IO containing a DAN-1 card. With this setup, the servers can pass audio throughout the ecosystem and configured through the Dante Controller.