In what is an apparent show of strength and reinforcement of global AV industry’s focus, ISE 2018 – held at the RAI Amsterdam from 6-9 February 2018 – demonstrated all that it is known for, and more. The ‘more’ included not just more floor space, more numbers and more technologies but also more subjects to debate about.

An SIA exclusive by Ram Bhavanashi:

Fifteen years into leading the global audio-visual industry’s congregational events from its traditional home RAI Amsterdam, the Netherlands, Integrated Systems Europe (ISE) 2018 did live up to its reputation- of bettering its own record of numbers. As many as 1296 exhibitors, including a good 294 new entrants, spreading over 53,000 sqm floor space that was flooded by a whopping 80,923 visitors over four days, with a swelling of 10.3 per cent over 2017 event stats state the status of the technically continental event.

While as much as 30 per cent of the total visitors were said to be first timers to the event making a new benchmark for the show, that the 2019 edition is reported to have already outsold at 103 per cent of the floor space taken this year stands to speak about the expanding ground of the event.

The event, much in line with its tradition, has also played platform for launch of a whole big mass of new products and system solutions, making it practically impossible to visit every single new product, let alone getting to know how and why they are all significant.
Having said that, there have indeed been some very fascinating technologies trends, products and presentations, seminars and webinars, and competitions and contraries- all making up the distinctly dynamic that epitomizes the event.

Some of the truly fascinating exhibition scenarios included an elevated level of LED experience where almost every LED manufacturer sought to show a virtual 3D-effect demo. A case in a point was the LANG booth. Unilumen and SiliconCore sought to demo the next level. Mitsubishi Electric, after a long wait and curiosity, finally launched its ‘made-in-Japan’ DirectView LED video wall VS-15NP 160 even as it also debuted its WE-120 DLP video wall for control room environments.

Projection manufacturers such as Barco, Epson, InFocus, NEC, Optoma, Panasonic, Sony and ViewSonic tried to distinguish from one another with their own array of solutions, DLP pioneers Christie and Digital Projection awed the ISE audiences with some stunning product demos.

Christie sought a cut above sort with a vast suite of projection solutions including what it called a complete native 4K 4:4:4 content delivery system solution Christie Terra – from player-to-display – facilitating full leveraging of AV-over-IP systems, Digital Projection celebrated its 10th anniversary outing at ISE with the launch of what it called the world’s first 8K laser projector INSIGHT Dual Laser 8K.

BenQ, on the other hand, showed its efforts to break the prohibitive price barrier with the launch of cost-effective, 4K interactive flat panel display solutions as also what it called one of the slimmest bezels video walls in the world with PL553 video wall solution.

From the audio front, while there has been a drove of product showcases from EV to Martin OHM to Sennheiser to Shure, beyerdynamic and Harman appeared standing out by the very nature of their product showcasing, beyer in particular.

The German audio major presented itself to the world in a completely new mould, in terms of its product nomenclature as well as their orientation. There is a new ‘story-telling’ emotional connect now with every beyer product, including an in-house built App-powered, personalized headphone solution.

Harman, while presenting itself in a very refreshingly new, fashion-mode stylized showcasing of its vast ranges, introduced what it called the world’s first 4K60 4:4:4 Video over IP Windowing Processor by AMX (N2400 Series). The audio leader also launched some focused products at definitive markets.

Kramer sought to take the AV/IT experience to the next level with what it claimed some path-breaking solutions blending innovation and aggression. The transceiver league included Atlona, Wyrestorm, Key Digital and more.

Amongst a host of interesting tech debuts was the World Masters of Projection Mapping competition, an ISE joint venture with Amsterdam Light Festival that had projection mapping shows by some of the leading trade exponents onto the EYE Film museum in the heart of Amsterdam.

All said, ISE 2018 did have its own dosage of debate, characterized by the 1:10G battle. Raised by Crestron which pitched its Digital Media NVX against competing platforms such as AVB, IPBaseT and SDVoE, the network control automation major apparently fuelled a storm in the 10G players- so much so that the competing solution providers jumped into counter statements and arguments. The debate now appears will feed the market players for a long time to come, and open up new mind games.

Check out our video round-up here 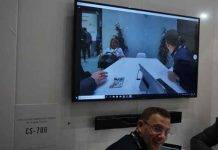 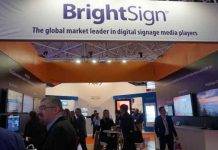 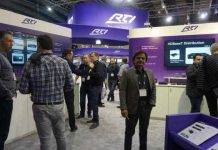