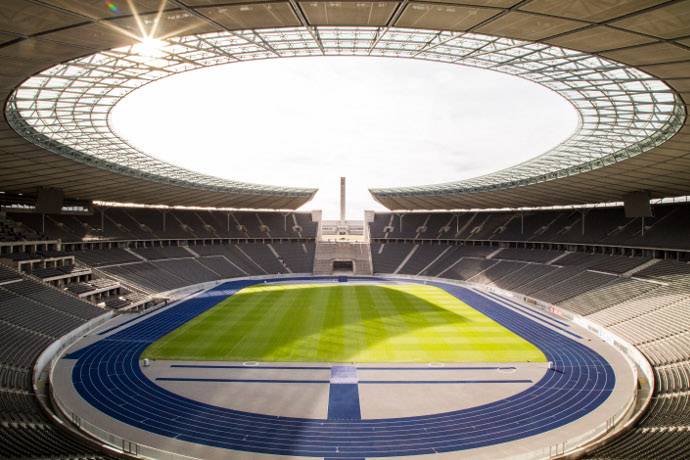 Dynacord’s award-winning IPX amplifiers for fixed installations have made their world debut in one of Europe’s most significant stadium projects – the rejuvenation of the historic Berlin Olympiastadion.

Long known as one of the best-sounding stadiums in Germany, the historic location was outfitted in 2004 with an Electro-Voice system in time for the 2006 World Cup final. After 12 years of faithful service, that system has been upgraded to benefit from the best-in-class power, energy-saving and networking flexibility of the Dynacord IPX range of amplifiers. In addition, the stadium’s existing 171 Electro-Voice XLC loudspeakers have been upgraded to the DVX version for more powerful sound and increased intelligibility.

With an overall ambition of reducing the total cost of system ownership, the new solution had to feature IP connectivity, Dante audio and green credentials as well as deliver the best possible sound with headroom to spare.

“If you can’t clearly understand what is coming from the loudspeakers, not only is it a safety risk, it’s not particularly satisfying for fans in the venue,” argued Christoph Meyer, Director of Events & Communications at Olympiastadion.

Thanks to Dynacord’s patent pending Eco Rail technology, the IPX10:4 amplifiers yield a remarkable saving in energy consumption of more than 50% – a key requirement for the stadium which recently received Green Globe sustainability certification.

“Dynacord IPX series DSP amplifiers were the ideal choice for the Berlin Olympiastadion, not only because they sound fantastic, but for their flexibility and unique green credentials,” explained Frank Neubauer, Head of Technical at Olympiastadion. 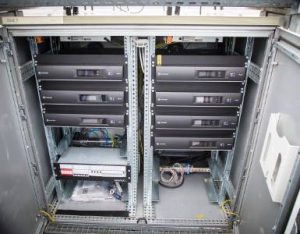 “The IPX amplifiers pack more power while using significantly less rack space and consuming a lot less energy, while full IP networking means the stadium is ready for any challenges. Also, the use of the new IRIS-Net 4.0 software release with IPX allows the constant supervision and control of every parameter across the entire sound system – all with fully customised graphical user interfaces and adjustable user access privileges.”

To round out the audio package, the coveted Electro-Voice XLC line arrays have been given an upgrade to make this stadium in Germany sound better than ever. “Rather than replacing a very effective solution, it was decided to upgrade the existing speakers,” continued Frank. “So all 171 XLC enclosures from Electro-Voice have been upgraded to the DVX versions. Previously, the system worked in bi-amp mode using a passive crossover for mid and high frequencies; now the line arrays are driven fully active in tri-amp mode.”

He concluded: “In 2006, the Berlin Olympiastadion sound system was a landmark reference project. Now, with Dynacord IPX amplifiers, it is once again in a class of its own.”