Home Features Andy Marken's Column Diversity Makes Visual Stories Better, People and Organizations Stronger
Share on Facebook
Tweet on Twitter
In a lot of ways, our country’s – and actually every country – handling of the diversity issue is a lot like the way cities/towns here in Silicon Valley (and your area) handle homelessness.

We all know it’s a problem – unless you’re totally desensitized to the world around you – and we know solving it is relatively simple – more housing … just not in my neighborhood.

This year’s GCI (global competitive index) report addressed all of the issues we’re facing in the 4IR (fourth industrial revolution).

Simply put, we’re in the midst of redefining how we work, live and interact with each other.

Fifty years ago, we got our first real glimpse at our neighbourhood and what we have to preserve, work with, make better.

As a union of people around the country and globe, we did a “pretty good” job of achieving one of the goals.

Even half a century later, we still have a helluva’ lot of work left to do to make the best of our human tools/resources.

Awhile back the Kapor Center for Social Impact and Harris Poll did a benchmark study to address the issue of why people of all races, sexes, sexual orientation aren’t equally represented at all levels in the technical workplace.

Their finding was that toxic workplaces – harassment, stereotyping, bullying – were driving away many of our best talent.

In their nationwide report, they found:

Forget the cost of hiring/training new equally good if not better people; envision what we’re ultimately left with when we don’t set and work for seemingly impossible goals.

Businesses often blame the “pipeline” for not delivering enough candidates from underrepresented backgrounds.

But the Kapor Center noted it isn’t that simple.

Instead, it’s a complex set of conscious and unconscious biases and barriers that begin in preschool, persist in the workplace and spill over into our personal lives.

The #MeToo movement helped the M&E industry address the issues and develop solutions.

It may have been good for the industry; but more importantly, it delivers a set of educational messages to people around the globe.

A picture may be worth 1,000 words but an ad, movie, TV show/series has to be worth 1M plus words!

While it isn’t always reflected in the workplace, marketers and agencies very quickly showed that relationships and family include everyone.

Television and films have consistently shown the hypocrisy of biases and pushed the boundaries of “normal” to normal.

Star Trek is renowned not only for its great sci-fi adventures into the unknown but also because of its numerous morality plays that tackled taboo topics … head on.

Let That Be Your Last Battlefield aired in 1969 where Lokai and Bele, two Cherons, despise each other for their differences. Both have skin that is black on one side, white on the other but the difference is “obvious” –

The harrowing conflict plays out in front of Kirk and the Enterprise crew and it is up to Spock to bring logic to the situation, “Change is the essential process of all existence.”

The segment should be mandatory viewing for everyone … several times!

As the AP wrote, it was the kiss heard around the galaxy.

A year after the US Supreme Court ruled interracial marriage was legal, Star Trek’s Captain Kirk locked lips with Lt Uhura in the Plato’s Stepchildren segment.

At a time when people were struggling with racism and civil rights, Shatner (Caucasian) embraced very attractive African American Niccele Nichols and the world didn’t end, the universe didn’t implode.

Since then; and yes, due in no small part because of #MeToo activism, the industry has made a concerted effort to not only balance its recruitment and conscious/unconscious biases internally but just as importantly in the stories it develops and presents to audiences around the globe.

Netflix has disrupted the M&E in numerous ways including how people view their content anywhere, any time and on any device as well showing that stories are not limited by country borders but are enjoyed by people on opposite sides of the globe.

Summer Simmons, Netflix director of product creativity, has been instrumental in broadening the diverse workforce and creating entertainment that people – all people – can see themselves in and connect with others.

But when you want to effect change, you have to start at the top with the folks with the broadest and deepest reach in the M&E field … Disney!

the mouse has his finger on the pulse of the way things are and the ways they need to change.

It’s tentpoles draw people into theaters worldwide and that helps the company fund work throughout their ecosystem.

Avengers: Endgame was the highest grossing film of all-time (at the time), surpassing Fox’s Avatar which just recently joined the mouse squad.

But it was at this year’s Comic-Con where Disney’s Marvel showed what diversity is really all about.

Marvel has been a magician at turning minor comic book characters into cultural icons and icons into champions of diversity/equality.

Over the next two years (it’s just a starting point), the organization is weaving together a major roster of movies and streaming-service shows–the new Disney+ needs the best to sign up global any screen viewers for its $7/mo. service.

And they’re not shy about it with the first openly LGBTQ superhero, disabled superhero, Asian superhero, female spy/super assassin, deaf immortal and oh crud, just about any solid plot/story that will shake and reshape people’s biases and discrimination to its core.

Do we agree with the force and dynamics of the changes they’re making us think about?

Okay, we really respect Natalie Portman as an actor and can imagine her wielding the mighty hammer to correct wrongs. But we think she needs a more attractive name when Thor: Love and Thunder hits the screens.

But we’re looking forward to the new storyline when one of the first things Valkyrie, the new king, does is find herself a queen.

The change we’re going to have the toughest time with is the fact that Wesley Snipes is passing down his Blade swords.

He’s slicing up vampires that are hellbent on taking over the human race; but during the trilogy, the dark superhero set the bar for other heroes to follow, including stuff like Deadpool and Suicide Squad.

Mahershala Ali will probably be good as Blade but he’s got a big coat to fill.

Wesley left plenty of work for Mahershala to do because even though vampires aren’t real (right?), there’s still work to be done.

Defeating prejudice and telling/showing how equality can make business and life better still has a way to go.

And nothing does a better job of encouraging and helping people embrace differences than a darn good video story. 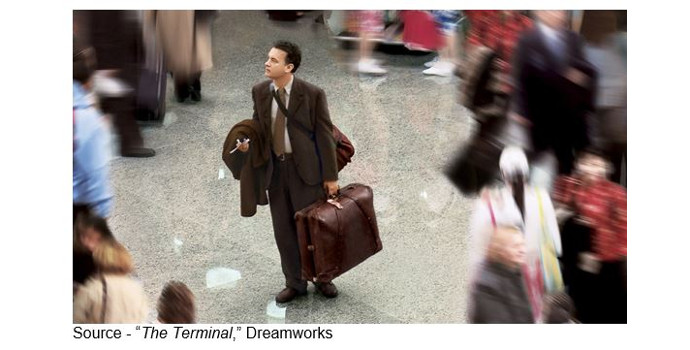 As Vikto Navorski said, “You say you are waiting for something. And I say to you, “Yes, yes. We all wait”.’