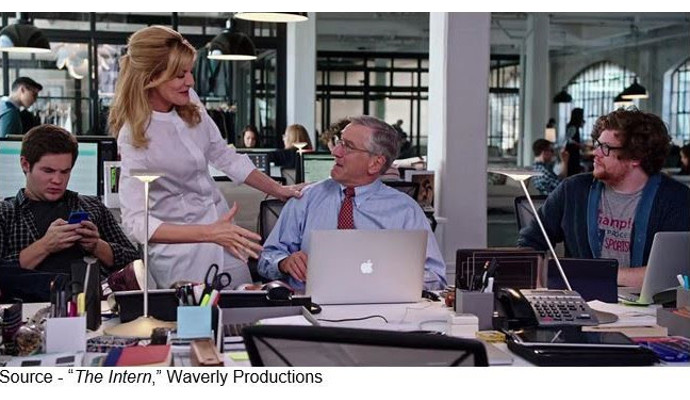 A number of years ago, our daughter wanted to take up scuba diving and she asked if I’d take the course with her. NBD, we’ve always been a water family – pool, sailing, you know.

Anyway, we had to do the pool sessions and when she came out of the dressing room, four young Navy dudes volunteered to buddy up with her.

When we got home the first thing I asked my wife was, “What in H*** happened to our daughter. She’s just a little girl but all of a sudden she’s ‘endowed’!”

Melvina Reynolds’ song, Turn Around, is true. People grow up right before your eyes – friends, family, co-workers – and so do you.

One day you’re a Gen Zer, soon you’re a millennial; next thing you know, you’re a Gen Xer then suddenly, a boomer, then BAM! you’re out the door.

The problem is the above observation is a generality and real people don’t fit into neat little categories. That certainly applies to the tools you use.

Companies and “experts” like to slice and dice the population into generational demographics – hence different.

But I prefer Mitch Joel’s, president of Mirium, observation that today, every generation is the digital generation. For example, I use my smartphone for darn near everything when I’m away from my desktop or don’t have my notebook open.

When we’re sitting in front of the TV; it’s the big screen, smartphone or tablet. Might watch a couple of shows while answering emails, texting, searching the web.

Not like the kids, but then I just read that 30% of the mobile apps are used for fraud. All the rest are used to suck up data and learn more about how to help you.

They track what you do, where you go, who you connect with. When you don’t give them enough data, they’ll offer you an unending array of products, services, prices to see which one you agree to.

No, I don’t use Snapchat, Instagram, Pinterest or any of those apps because I don’t think I should make it too easy for government agencies to follow me.

The last two generations are the first to simply have technology there; and yes, there will be stuff introduced that they have to learn.

The previous generations had to adopt and embrace the technology.

One generation didn’t replace the other, but the newer solutions quickly became more natural, more accepted.

The same is true of today’s workforce where individuals are collaborating, focusing and using their insights and expertise in unique ways to produce results for organizations.

Unfortunately, we tend to assume that creativity wanes with age and individuals become rigid in their thinking as well as their approaches to challenges, issues.

Back in 2007, at Stanford, Zuck said, “Young people are smarter,” implying that middle-aged people were bogged down with stale ideas and older folks couldn’t make the imagination leaps required or even get out of their own way.

Of course, when Zuck heard that Dr. John Goodenough of the University of Texas at Austin, recently received a co-patent for a new type of battery at 94, he thought he might have been “a little overcomplimentary” regarding youth.

It turns out, most inventors peak in their late 40s and are most productive in the last half of their careers.

In the U.S., the highest value patents tend to come from folks over the age of 55.

As Dr. Goodenough said, “I’m old enough to know you can’t close your mind to new ideas. You have to draw on a fair amount of experience in order to be able to put ideas together.”

But as companies and investors hunt for new ideas, new opportunities, new growth and new employees, they often rely on Zuck’s youth myths.

However, if Uber had hired senior people with more street smarts and experience, they might not have encountered so many bumps in the road.

Economists often say that an aging population will hamper growth because of a smaller labor force. Pew Research reported that Baby Boomers have always had an outsized presence in the U.S. and peaked at 78.8 million in 1999.

In addition, 10,000 people across the country will reach the age of 65 every single day–despite the fact that Boomers don’t believe old age begins until 72. Pew researchers found that the average Boomer felt nine years younger than their chronological age.

At the same time, researchers at Harvard noted that retirements deprive companies of critical experience and knowledge which impacts productivity across the board.

They note that with a wider breadth of talent in the workforce, firms have access to a broader array of skills, knowledge and experience with each enriching collaboration, focus, added insights and expertise.

Commenting on the importance of having a strong, mixed-generation workforce, analysts at Catalyst noted that:

The Harvard report pointed out that older workers, sharing their experience, increases not only their own productivity but also that of those who work with them.

The Harvard study found that productivity peaks at 50 and is 60% higher than the average 20-year-old.

Managers often say they aren’t short of skills because that’s increasingly easy to attain with a few years of added education.

Instead, they note they are short on experience.

I found it interesting a few weeks ago when a CNBC interviewee said, “Millennials, or ‘echo boomers,’ have the world in their hands. It’s time to focus on the millennial trade.”

Like they’re a different breed from a far-away planet!

Their children of baby boomers (just like you were then).

They grew up with doting parents who praised them and said they could accomplish everything they put their minds to (just like you).

They had experiences, opportunities and participated in activities (which may be broader than yours because they had the Internet and smartphones). Your experiences/activities were just … different.

Your folks said you were comfortable with who you were, others labeled you as cocky. Parents said you were confident, others called you cocky. You liked to break/work around rules; others said you had no respect.

And the lines between your personal and professional life have blurred dramatically.

Well, not quite, because you didn’t graduate with a mountain of debt and your life doesn’t totally revolve around your social media and selfies.

But every generation that enters the workforce feels they’re unique and the generation or two ahead of them looks at them and says, “Weird kids we’ve got to choose from in this batch. They think they’re entitled and they’ll never fit in.”

People who have been in the workplace for a long time and those just entering want the same thing – to be treated with respect, do stuff that is meaningful and have an impact/make a difference. They want to be given the room to succeed or fail without being stepped on and they want to be able to ask for assistance/advice without being put down.

They may be socially, religiously, politically different; and that may not be all that bad.

The tricky part is being able to manage the cross-generational team, so they work to the competitive advantage of the company. 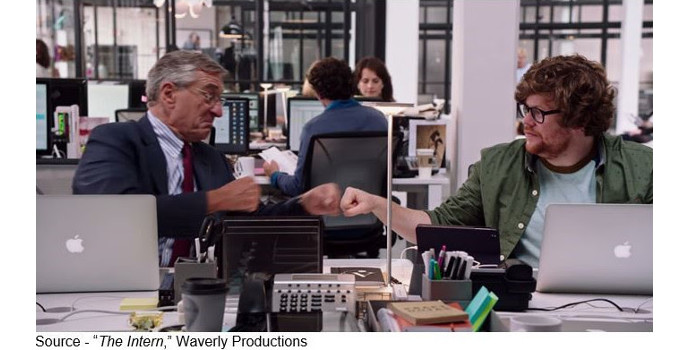 That’s the most difficult job; but you can succeed if you just remember what Ben said, “You’re never wrong to do the right thing.”