Share on Facebook
Tweet on Twitter
Two years design and planning, two months for installation and two weeks just to set up, Austria’s AV Stumpfl multimedia and presentation technology can be found at the very heart of Berlin’s fantastic shopping world, Das Schloss. Das Schloss is one of six shopping centers located across Germany owned and managed by WealthCap RealEstate Management GmbH, a daughter company of UniCredit.

The project is the only system of its scale and size and is a result of a recent technical upgrade eight years after it was first opened to the public. It was officially launched in March 2016 with local dignitaries and media in attendance.

Oliver Mohr, center manager at Das Schloss explained: “We wanted projected multimedia to cover the 1,200 meter interior of the shopping center. Because the interior has a lot of architectural lighting, we wanted the visual system to be evenbrighter so our visitors could fully immerse themselves in an underwater world.

“In 2014, we selected a talented design team who could commit their time and energy intocreating something really innovative and functional and we even had a lot of fun working with this project team! The final result of the project adds a new and extraordinary dimension to the shopping experience!”

Before the project started, the ‘Magic Ceiling’ at Das Schloss projected pictures of the sky; day, night, clouds and the universe watched over shoppers as they strolled through a castle scene.

Hajo Rappe at Werft 6, CEO and founder said: “We wanted to keep the content looking as natural as possible. We joined the fully digital underwater world to shoot footage using motion capture of real-life divers and to create an animation of the most realistic sea creatures and scenery.”

A total of 78 Barco F32 video projectors are controlled by 15 computers, projecting a beautiful underwater scene of coral, schools of fish and even mermaids along three circular areas of a 1,200 metres squared ceiling as the people below go about their shopping sprees. The entire projection canvas is about 16K by 16K square pixels and is in a curved L-shape.

Silke Schirmer explained: “It was a complex project. One challenge was to get a single seamless image with a geometric edge blend and partial projection parts. The setup, maintenance and running of the new system needed to be done at night when the shopping centre was closed so it was important to have a system which was easy to set up and use.

The projected images for the ceiling of Das Schloss utilises the patented auto-align warp and map feature of AV Stumpfl Wings VIOSO. 2 cameras were used to automatically determine the warping & blending of the ceiling. Thus, the watery landscape at Das Schloss is uncompromised.

Silke Schirmer added: “The biggest challenge was to get a single image. The previous system didn’t have calibration in real-time so using Wings VIOSO you could combine and layer an image at the click of a button.”

Wings Touch is a Drag & Drop Editor that can easily create and edit user interfaces – from background layouts to designing and connecting controls – and can run from any device such as a smartphone, tablet or touch device.

Wings Avio Manager acts as a swiss-army knife of sorts for technology as it can combine software and hardware tools that would usually have come from different manufacturers. It offers all the required tools for arranging video, text, images and audio into one flawlessly stunning show.

Emanuel Züger, managing director of VIOSO GmbH was on-hand during project build up and said:

“This project was a necessary upgrade to an older system. Once it was installed, shoppers noticed that the system was brighter, more detailed and interesting. And we had fun running around at night-time in the shopping mall with tiny cameras to auto align this vast number of projectors to a seamless image of nearly 170MP resolution.

“We thank everyone involved in this great project and look forward for frequent change of content and much more entertaining ideas with this large display.”

The content imagery on the projection screens can be altered or edited at any time, thanks to the system designed by F1 Gesellschaft für Informationstechnologien und Managementberatung mbH incorporating AV Stumpfl suite of presentation technology. Come Christmas, who knows how the scenery as Das Schloss will change to celebrate this, and other, festive seasons? 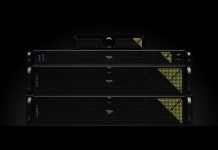 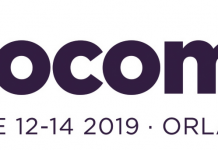 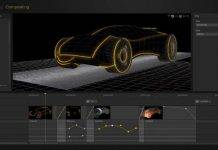