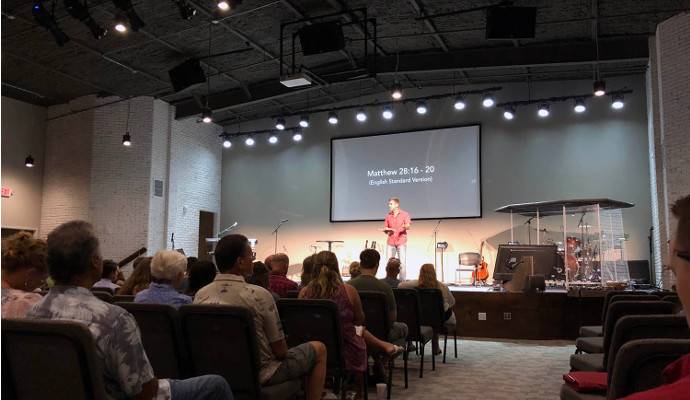 Although it’s only five years old, Gathering Church has accomplished a lot. Based in Florida, USA, and under the direction of a charismatic founding pastor, Gathering Church is progressive and authentic to its core.

The church has attracted over two hundred congregants, many from the large (and rotating) military community in Fort Walton Beach. With its growth came the opportunity to move to a larger space, and Lambda AV, of Colorado Springs, USA, helped Gathering Church fill that space with high-impact music and intimate, intelligible speech by using Danley Sound Labs loudspeakers and subwoofers.

“Gathering Church seized the opportunity to move into a large warehouse space – enough for nearly 400 seats and the growth it expected in the coming years,” explained Ryan Durbin, owner of Lambda AV.

“It’s a big, boxy, reverberant space with a metal corrugated ceiling and plenty of dry wall. Although they didn’t have a big budget for sound deadening, they did get the ceiling covered with some insulation and they installed carpet and seats. But that’s it. Our job was to work with that reverberant space and make it sound awesome on a tight budget. And when I think of awesome sound on a budget, I always think of Danley.”

“And on a budget, we were able to go from their wood enclosure SH-Series to their molded enclosure SM-Series and save even more while still sounding great. Gathering Church didn’t have a lot of money to work with, but they definitely wanted a real, professional-grade sound reinforcement system that would last a long time into the future.”

Apart from their fidelity and impact, Durbin cited Danley’s exceptional low-frequency pattern control as a huge asset in a big reverberant space surrounded by sheetrock walls. Like many designers and integrators, he worked with Danley’s world-class engineers to nail down the optimal design, both in terms of model selection and in terms of positioning.

He submitted a CAD of the room through the area Danley representative, Noel Darby of Darby Reps, and got help from legendary acoustician and Danley engineer Doug Jones.

“After we had things worked out, the church came back to us and suggested taking sixteen inches off the stage to include another row of seats,” Durbin recalled.

“I said, ‘OK, that’s maybe a bigger deal than you think it is,’ but it turned out not to be. The folks at Danley helped us adjust the angles a little bit and add some front fill. The church also revealed the existence of two support beams after the initial designs were done, which we handled with a couple of delay fills.”

3 x Danley SM96 loudspeakers cover the vast majority of the room as an exploded mono cluster. “We hung them using the Danley yokes, which was a super easy process,” Durbin said. “They’re within an eighth of an inch and one degree of the plans, and they sound great. The room has no dead spots, and we were surprised to walk the room and find the seams – which we had positioned on the aisles – had zero phasing. So even the aisles sound great!”

Because Gathering Church could expect some turnover in technical help given the nature of the Fort Walton Beach military community, Durbin was glad the fidelity of the Danley loudspeakers would make it easy to achieve good mixes without requiring tons of channel equalization.

4 x Danley SHmini loudspeakers provide fill at the front of the stage on the support poles, and Durbin scrapped plans for 2 x Danley TH118 subwoofers (instead going with just one) to make up the budget difference for the added SHmini’s.

“With other companies, fill speakers are always a compromise, but the Danley SHmini’s sound fantastic,” he said.

“And everyone agreed that we could get away with just one TH118 subwoofer. Now that it’s installed, I completely agree: one TH118 fills the room beautifully. The low-end response of the entire system is excellent.” Linea Research amplifiers with integrated DSP power the system.

“The installation was straightforward and matched the predictions we had from the Danley Direct modeling software,” Durbin said.

“That’s especially important in a situation like this, where we drove from Colorado to Florida – we didn’t have to spend hours we didn’t have messing around with positions and trying to make things work. And of course, folks from the church were wandering in and out throughout the process.”

“The worship pastor was there the first time we fired things up before there was any processing on anything. That’s an important moment, it’s the first impression, and with non-Danley systems, it was always kind of awful to have to explain away their disappointment with the truthful promise of adjustments to come.”

“At Gathering Church, the Danley system sounded fantastic immediately, and the worship pastor was blown away! How nice to then say, ‘yeah, and it’s only going to get better from here!’” 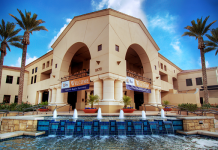