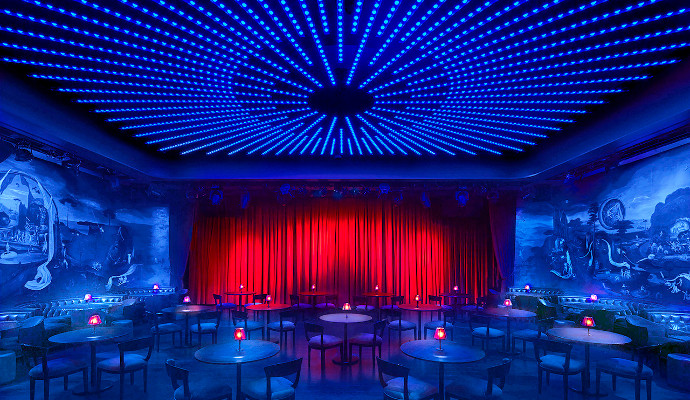 In partnership with legendary Studio 54 co-owner and hotelier Ian Schrager, the EDITION line of hotels is in the upper echelon of Marriott International’s brands. 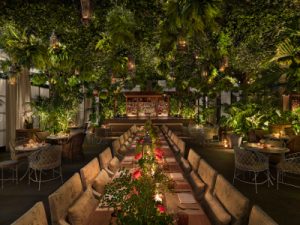 AVL design and integration firm Clair Solutions leveraged its deep, fifty-plus year history in the live performance industry, its successful designs/installations at other Schrager and EDITION properties, and its staff of industry-leading professionals to make The Times Square EDITION a truly one-of-a-kind experience.

Clair Solutions wore two hats on the job: audio/video/lighting/control consultant and the integrator that brought it all together. “There are extremely high expectations for the EDITION brand,” said Michelle Caron, who designed the theatrical lighting and control in The Time Square EDITION’s 200-seat Paradise Club and helped Tim Jacobs, Clair Solutions project manager juggle everything to get the project completed on time.

“The goal for the Paradise Club is that A-list performers can walk into the space and immediately be comfortable with the gear, the acoustics, and the way the room looks, feels, and operates.”

“Because the expectations were so high, we had to make sure that everything on our end met the highest standards, from first-of-its-kind LED video and lighting all the way down to the cabling and wall panels.”

In support of the new way that artists and their fans interact, The Times Square EDITION is wired for broadcast throughout. 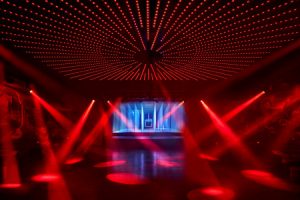 “The idea is that someone like, say, Beyoncé could come and stay in the penthouse with her team” said Caron. “There’s fiber connectivity up there that links directly to broadcast-ready outputs at street-level, so they can stream a before-the-show meeting or record tidbits for fans, the EDITION channel, or television.”

“They could even stream video from the penthouse balcony, which has amazing views of the city. All of the common areas throughout the hotel have the same broadcast points. They could record a workout video in the gym… Or at a private party in one of the restaurants… Or any creative thing they dream up. Basically, any public space in the hotel can connect easily with a broadcast truck down on the street.”

Of course, The Times Square EDITION’s Paradise Club features a stunningly clear and impactful sound reinforcement system, but its multiple restaurants, bars, lounges, and terraces have live-music quality sound systems capable of inspiring awe when driven by a DJ or small band for public or private parties.

The rest of the spaces use a combination of top-of-the-line Tannoy and Danley Sound Labs loudspeakers and subwoofers, QSC amplification, and QSC Q-Sys for overall system-level DSP.

Clair Solutions put everything on schedulers so that volumes and content change at appropriate times without requiring intervention by the EDITION staff.

“Although the spaces throughout The Times Square EDITION won’t use it 99% of the time, all of their sound systems have plenty of headroom and capability to handle high-profile live events,” said Jan Luszczek, system designer and project manager.

“They can handle DJs, small bands, and lots of open mics with plenty of impact and no feedback. Like we do for all of our clients, we tuned each system at The Times Square EDITION like we would a high-end performance venue, a recording studio, or a concert hall.”

“A lot of our clients are surprised at how far we go to get crystal clear audio, but it’s really deep in the DNA of the company.”

The Clair companies started out in the 1960s, among the first production audio companies supporting the then-nascent live sound industry. Clair Global continues to lead that industry.

Prior to The Times Square EDITION, Clair Solutions worked on other EDITION properties in Barcelona, London, Miami, Shanghai, and Abu Dhabi, and is currently involved in EDITION projects in West Hollywood, Dubai, Reykjavik, Singapore, Tokyo, and Tampa.

“We’ve worked with Schrager in the past, and he brought us on for many of the EDITION locations,” explained Luszczek. “After the first few locations, they asked us to document our approach to audio in their official standards document so that all of the designers and installers they work with could adopt it.”

Architectural lighting design firm Fisher Marantz Stone handled the design for Paradise Club at The Times Square EDITION, and Clair Solutions took that design and gave it a sophisticated control interface that allows staff to configure different spaces for different kinds of events.

Clair Solutions’ lighting work in Paradise Club included a huge, attention getting “starburst” LED ceiling. Each of its seventy-two radial arms is composed of between 36 and 42 individually-controlled RGBW pixels are capable of colour effects, colour washes, or even video content.

Caron worked with LED company D3 to design, integrate, and install a high-resolution video wall behind the stage that can display pre-created content or whatever performers or DJs bring in or dream up. I

n fact, the entire room integrates such that video content can stretch from the video screen, across the starburst, and back to colour washes on the rear wall.

Even the “standard” lighting in Paradise Club is far above the standard. There are two lighting consoles, a 48 universe ETC Gio @5 and an MA Lighting grandMA3 Full Size, which separately and combined provide the horsepower needed to handle all of the data moving around the room.

Beyond that, there is a tremendous amount of extra power and infrastructure to allow big rental packages to come in. Thirteen structural mounts welded to steel allow the room to accept and adapt as needed.

“For example, suppose they want to do a fashion show with a long runway,” Caron said.

“The room isn’t set up for that naturally, but there are so many rigging points that it would be easy to adapt.”

The Paradise Club, VIP Rooms, and The Terrace and Outdoor Gardens systems are controllable through intuitive IP-based Crestron interfaces that allow non-technical staff to configure systems for the kind of simple events and uses that tend to happen frequently.

Added Elizabeth Strautin, systems engineer with Clair Solutions, “Depending on the nature of a given space, the interfaces are either wireless or wired touch screens. Crestron is a global leader in control and automation technology and winner of the 2018 Microsoft Global IoT Partner Award.”

“The Crestron DigitalMedia video routing system exemplifies why. It lets users connect any source to any destination, allowing, for example, the studios to be used as independent meeting spaces, overflow spaces, or dressing rooms for the Paradise Club. Laptops and other user devices can be plugged in via HDMI or VGA inputs and the TVs can also be used to show TV programming.” 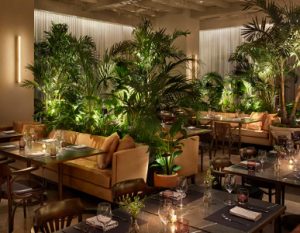 Even for a company accustomed to long jobs, The Times Square EDITION was a marathon. Early discussions stretch back to 2013 and once the installation was happening, various contingents of designers, engineers, programmers, and technicians from Clair Solutions were on site on a weekly basis for eighteen months.

“It took so many hands and brains to make it all work,” Caron said. “What stood out to the client and to the other contractors was the huge amount of support we got from our home office in Manheim, Pennsylvania. If we needed something overnight, if we needed a change order turned around and signed, or if we needed troubleshooting, our team in Pennsylvania had our backs every time.”

“There’s no way we could have pulled this off if TJ [Tim Jacobs], Jan, and I were an island. I’d go so far as to say it was essential for keeping up morale after so many months on site.”

With a satisfied client and glowing reviews in the press, by all accounts the job has been a tremendous success. “No other hotel in the world has this kind of cutting-edge technology in it,” Jacobs said.

“Not only can The Times Square EDITION do things that no other hotel can do, we built it in such a way that professionals and trained staff can easily harness the full power of the system. All told, we brought together under one roof the various things we’ve all been excited about on other projects.”

“There is a lot of prestige – real or imagined, I’m not sure – about being in Times Square, and I’m proud of everything we were able to accomplish.” 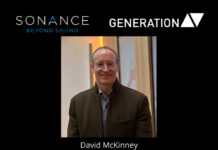 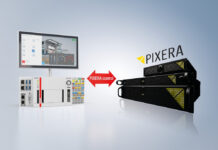 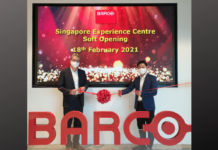