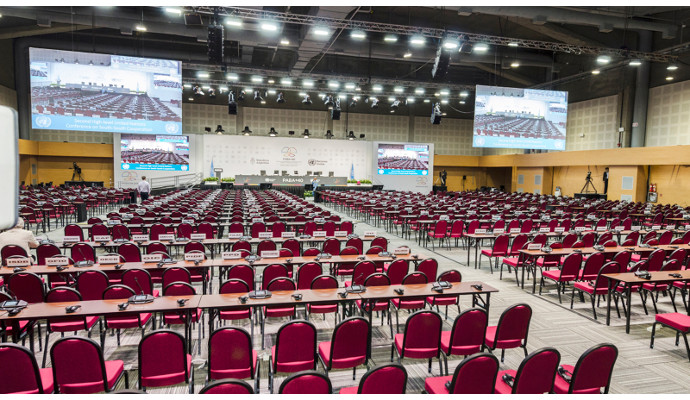 It was one of the most high-profile diplomatic events the Southern Hemisphere had seen in decades: Earlier this year, the United Nations brought together delegates from its 193 member states for the Second High-level United Nations Conference on South-South Cooperation in Buenos Aires, Argentina.

Held at the Exhibition and Convention Center (CEC), the three-day conference tackled issues such as the Agenda 2030 goal of ending hunger and extreme poverty around the world.

Hosted by the President of Argentina, Mauricio Macri, the conference attracted more than 3,000 participants. These included the Secretary General of the UN, António Guterres; heads of state, cabinet ministers and high-ranking diplomats; representatives of the private and public sectors; and members of the media.

Their collective goal: adopt a landmark road map towards sustainable development for all countries.

With important issues for the future of “Global South” countries at stake, seamless interpretation between the six conference languages – English, Spanish, French, Arabic, Chinese and Russian – was paramount to its success.

But whereas other meeting sites offer permanent infrastructure for interpretation services, the recently finished CEC venue in Buenos Aires offers no such technological backbone.

Each event at the multiple-use facility demands installation and breakdown of a temporary solution. 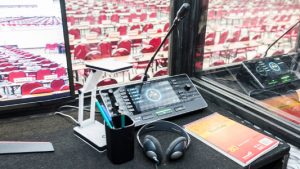 Drawing on a track record of successful convention solutions, Congress Rental Argentina – a member of the Congress Rental Network and official conference partner of Bosch Building Technologies – designed and installed the temporary setup for the United Nations Conference on South-South Cooperation.

In the two large plenary rooms, delegates could join the discussion and choose their preferred interpretation language via the intuitive interface of their DICENTIS Discussion device with touchscreen.

Following the client’s request, the devices were programmed to display the United Nations logo and the current speaker’s name on-screen. The audience listened in via 2,200 INTEGRUS Pocket receivers from Bosch, while live audio from the plenary rooms was also available in the press rooms. 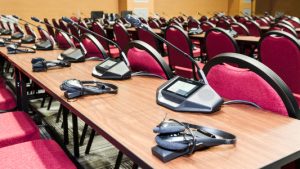 Clear audio broadcast was secured by INTEGRUS Radiator units for large-sized areas, as well as INTEGRUS Transmitters for eight languages.

Bosch provided interpretation services in an easy-to-configure environment with minimal transition time between meetings. This was a perfect fit, because with a total of 16 meetings taking place during the three-day conference,

Congress Rental Argentina needed the solution to offer solid operating stability and fast reprogramming of seats for each meeting.

“The different features of the management software mean that the same installation can have different configurations, and that made the work much easier; apart from being a system based on the network structure, it makes the installation architecture easier and more reliable,“ said Alejandro Iglesias, Chief Technology Officer of Congress Rental Argentina, who drew on the strength of the Congress Rental Network to borrow equipment from a member in Peru for the event.

Overall, the temporary IP-based DICENTIS solution in Buenos Aires succeeded in providing stable and high-quality simultaneous interpretation services for the 3,000 participants of the United Nations Conference.

The successful high-level event is an important benchmark for DICENTIS Interpreter desks and a key reference for Congress Rental Argentina: “IP-based Bosch conference systems have proven to be highly reliable and that makes our customers trust us when choosing a provider for international meetings of this type.” 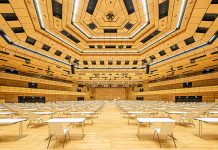 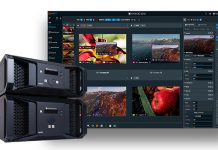 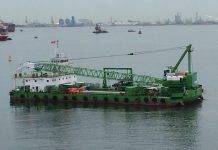