Audio over IP pioneer Barix has announced that company founder Johannes Rietschel has returned to the company as CTO. This is just one of several executive-level changes as Barix prepares to introduce new product strategies and innovations to its many markets, including professional AV, broadcast, retail and security.

In recognition of this evolution, Rietschel has also appointed Ivo Killer as Barix CEO. Ivo also serves as COO of Barix’s sister company, Qibixx. “Ivo has clearly demonstrated his strength in managing people and organizations, which dates to executive HR positions in the Financial Services space as well as in the Telecom industry, since coming to Qibixx,” said Rietschel, who also serves as Qibixx CEO. “These strengths and his early success at Qibixx prove that he has the vision to lead and continue moving Barix forward.”

While Barix will continue to focus on its core markets stated above, Rietschel and Killer’s leadership positions at both companies will play a role in reshaping operations and product development. Barix recently closed its German office and moved its customer support, engineering and inside sales staff to Zurich. These resources will work closely with existing Qibixx teams on business and product development initiatives moving forward.

“While Barix will remain an independent, separate entity, we fully intend to leverage the forward-looking technology innovations and engineering resources of Qibixx to move Barix’s traditional and emerging businesses into the next phase. This includes new product launches and enhancements for audio contribution and distribution in broadcast radio, location-based music and advertising delivery, paging and intercom, and control and automation.”

Rounding out the executive level changes is the appointment of Joan Parilla as VP Engineering. Parilla has served as Product Manager for SoundScape since its initial development and launch in 2013. Additionally, Reto Brader, who joined Barix in 2015 as VP Sales, has been promoted to VP Sales and Marketing. Departing CEO Frank Frederiksen has left Barix as of the end of August.

“We thank Frank for his years of excellent service and wish him well in his future endeavors,” said Rietschel. “I’m excited to return to Barix, working closely with the greater executive team and the growing Barix staff to bring new and exciting innovations to market, and better serve our global systems integration, end user and OEM customer base.” 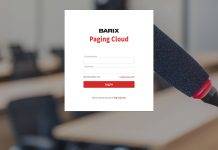 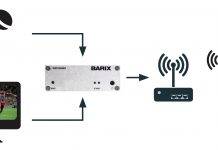 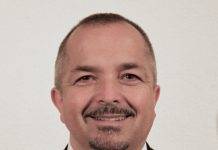