Bengaluru, India, is a cynosure of many eyes for many things. Gardens greens, Silicon blues, Kannada yellows (for friendliness), scholastic whites, rosy pinks and so on! For the AV industry now, there is a new fancied regular- the Audio-Visual Cricket League or simply called AVCL.

The 2018 edition of the League – held on 01 December (Saturday) at the Central College Cricket Ground – saw many new ‘lights’ of the event. New Champs; new venue; new teams; new highs of performances; new attires and attractions; new mode of execution; and practically new visual delights have come to characterize what turned to be the most thrilling tourney ever.

Just for the record- Ample Technologies have emerged the new Champions of the tourney, defeating the two-time, defending champion Sigma AVIT in the final, that resembled a true professional cricket match.

Ample walloped 119 runs for the loss of just 2 wickets in their allotted 7 overs, and restricted Sigma to 80 runs, having accounted for top 4 scalps of Sigma.

While it appeared a losing battle towards the end for Sigma, it did put up a very spirited fight as it kept on shooting back after every fall of wickets. It’s the bowling brilliance of Ample that stood out as the real winner in the end.

One of the objectives of the initiative – the charity – was also a prideful winner, as the sum of the slightly increased participation fee of ₹75,000 (US$1065 approx.) was donated to Vivekananda Girijana Kendra, the Bengaluru-based tribal welfare institution that had been relentlessly working for the welfare and academics of tribal children in Karnataka.

The 25-team-strong, knock-out competition of the AVCL-III also presented a very amusing spec of the hidden cricketing competence from the ranks of AV industry.

It bettered its batting records with two scores of 150+ (one more stopping at 149) runs, two bowling hat-tricks, and few instances of hat-trick sixes. Surprisingly, none of them looked sheer rush of blood, but a perfectly executed brilliances. Qualifying the tourney further were some truly stunning acrobatics on the field.

Catalysing the on-field brilliances were the energies being pumped in from outside the field- scintillating music, cheering and dancing supporters, boosting commentary by a professional Sports Emcee.

With a bright sunshine matching the on-field and off-field brilliances, the fitness of things for the AVCL III final was characterized by the tossing up of coin by Kelvin Ashby-King, while Frank Anzures of Christie Digital, USA, and Pascal of IdeasAhead from Germany presented some special attraction.

Frank was honoured by AVCL’s think-tank trio of Bharath, Naveen and Mak (Mahesh Kumar) with Karnataka’s traditional turban and shawl. 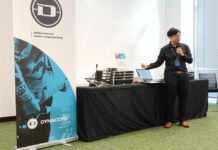 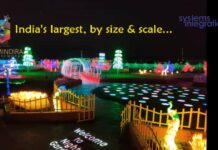 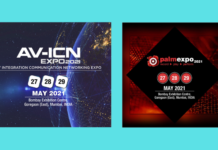 PALM and AV-ICN Back to Original Dates in May 2021